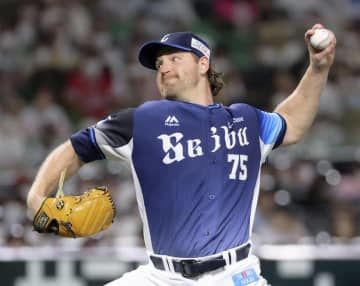 Dietrich Enns pitched six shutout innings to edge MLB prospect Kodai Senga in the Seibu Lions’ 4-1 win over the SoftBank Hawks, collecting the final game of a three-game series between the top two teams in the Pacific League on Sunday. At the PayPay Dome, Enns (10-6) scatter five hits, two walks and a batter hit while striking out six. The freshman southpaw launched into a one-out goal-laden jam, and his teammates gave him a four-point lead in the top of the seventh. Shuta Tonosaki’s 11th homer made it 2-0 with one out. “We were facing an ace pitcher in Senga, so being able to run…