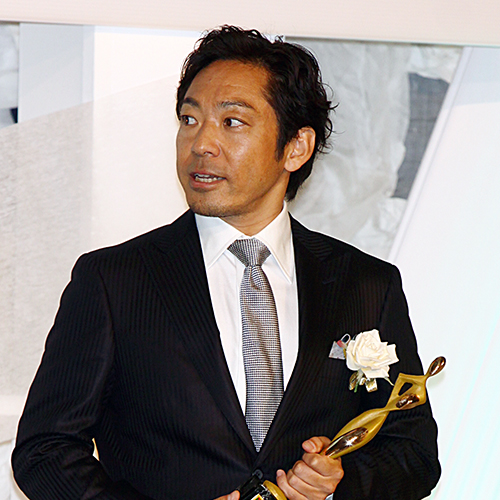 Teruyuki Kagawa, an actor who was forced into a difficult situation due to the report of “sexual assault” against a hostess. As he boasted a high degree of favor, this incident had a great impact on the world. However, did you know that some Johnny fans have been pointing out Kagawa’s “true nature” for quite some time now?

The event that triggered it happened in “THE TIME”, (TBS series) broadcast last November. Johnny’s group “Naniwa Danshi”, which made its CD debut with “Shoshin LOVE”, appeared on the program that day.

Kagawa, the MC, was monitoring the wipes of “Naniwa Danshi” who connected the studio and the live broadcast and issued a hard call. Next, the announcer informed us that member Shunsuke Michieda co-starred with Kagawa in the movie “99.9 – Criminal Lawyer – THE MOVIE.”

The main character in this work is Jun Matsumoto from “Arashi” who is Michieda’s senior. When Michieda thought back to filming with Matsumoto’s story, Kagawa said, “You don’t know how much Mr. Matsumoto was following Michieda behind the scenes. Well, please come to the studio, let’s talk slowly. ” Needless to say, Michieda was silent with a sad expression on his face.

At that time, Johnny’s fans criticized Kagawa’s rather intimidating stance. It seems that the impression that Kagawa was a person who took things like power stalking for granted was established.

Therefore, even when this series of reports came out,

“You knew your true nature when you bullied Naniwa Danshi Michieda-kun, didn’t you? Teruyuki Kagawa is a dangerous guy.
《Since I smirked while saying power harassment to Michieda-kun in front of the members on my debut day, I thought I couldn’t trust him as a person.》
“The image of power harassment that deviated to be broadcast live by MatsuJun was too strong to be true, and the victim was too pitiful.”
《I thought it was an old man who said power harassment to Michieda-kun in Naniwa Boys, but actually he was also an uncle of sexual harassment.》
“I’ve been doing villains for a long time. I hated Teruyuki Kagawa even before this news came out.

There are voices that say

“TIME, which was in charge of Friday’s MC, will step down, and “Toyota Motor Corporation” also announced that it will terminate its contract with Kagawa by the end of the year. He also resigned from commercials for several NHK and Kagawa. Regarding “Kagawa Teruyuki’s Insects Amazing!”, in which he appeared, he revealed, “The broadcast of the show has ended and nothing has been decided regarding future broadcasts.” , “Bunshun Online” is a dramatic social gathering. It was reported that Kagawa assaulted a female staff member during the meeting, and her eyes disappeared. At the beginning of the sexual assault report, there were a few defenders, but the goodwill that has accumulated has been reported. It’s safe to say that the sensibility has definitely fallen to the ground.” (entertainment writer)

A member of the House of Councilors, Yoshikazu Azumaya, who goes by the name “Gersey”, revealed on the Instagram live stream that “Mr. Moreover, on August 29, on the show “Barairo Dandy” (TOKYO MX ), Fumio Umezawa commented, “There were a lot of such rumors. To be honest, I’ve heard from several people. I have a bad habit of drinking.”

Although there was a mood that seemed to be forgiven for a moment, Kagawa suddenly found himself in a difficult situation. Unfortunately, the measures taken so far cannot be defended.