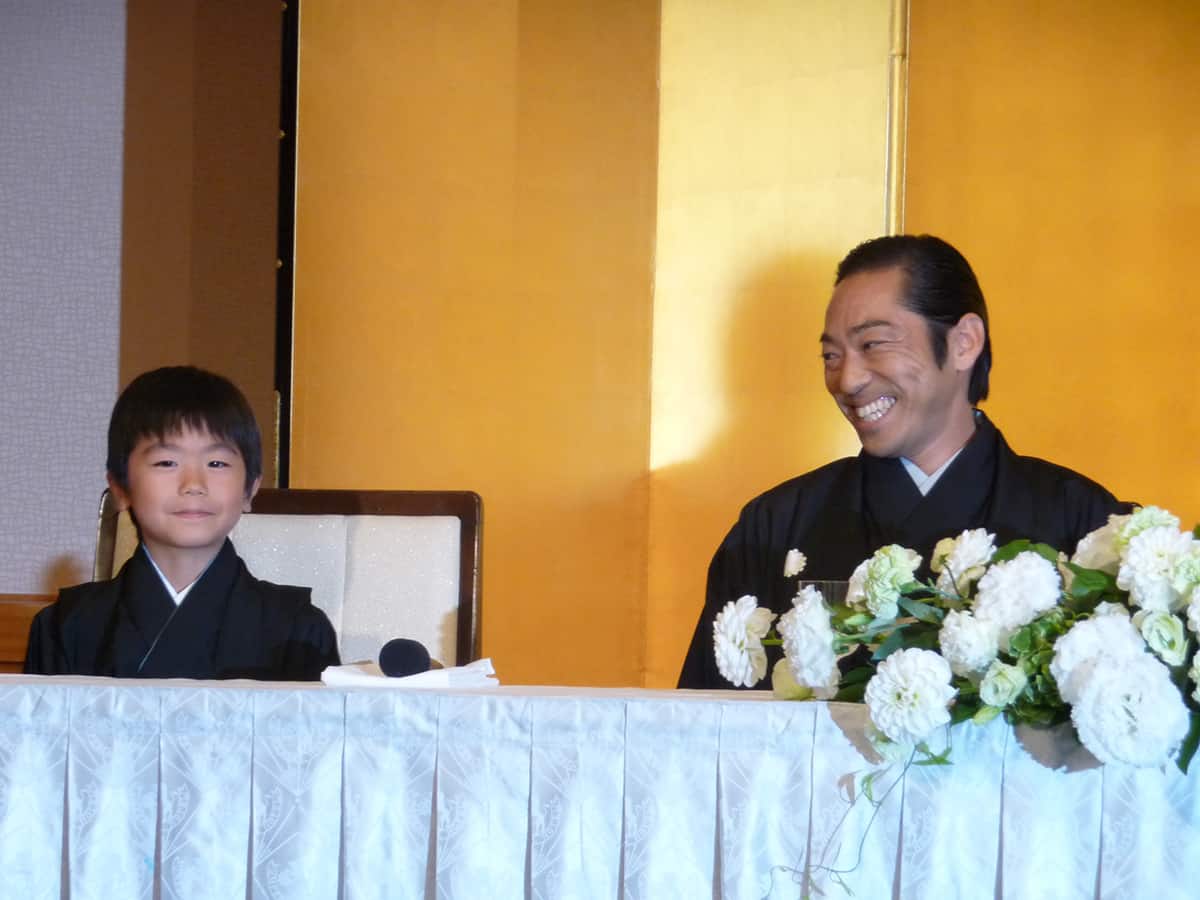 In 2011, he inherited the name Ichikawa Chusha 9th, along with his father, Teruyuki Kagawa (right), as Ichikawa Danko 5th. Photo/Sankei Shimbun

Pastsexual abuseAssault allegations have been reported one after another, and in recent days he has been an actor who has caused a stir in the world.Teruyuki Kagawa. Meanwhile, Kagawa’s eldest son, Danko Ichikawa V, performed at the “Ichikawa Ennosuke Shunjuza Special Dance Performance” held at the Kyoto Art Theater Grand Theater Shunjuza from September 2 to 4.

Curiously, on the 2 of the first day, Kagawa appeared on VTR in the news program “THE TIME”, where Kagawa served as MC on Friday,excusesIt was the day I announced my departure from the program. About 5 hours after the announcement, Danko appeared on the hanamichi. At the start of the performance, he gave an enthusiastic performance of the Omodakaya specialty, Koma, which was taught by Ichikawa Ennosuke IV.

For Danko, this day will be his first time in Kyoto. Thinking of Shunjuza’s first artistic director, Ichikawa Enoh II, he said, “I would like to thank you from the bottom of my heart for allowing me to dance my favorite ‘Koma’ in a theater related to my grandfather. After that, even though I am immature, I will dedicate myself to my art,” he said.

“Mr. Kagawa entered the world of Kabuki in his 40s as Chusha Ichikawa 9e.sonIt is said to have been to fulfill his dream of having Danko-san inherit the name “Ichikawa Ennosuke”. In the acting world, Mr. Kagawa established himself as a great actor, but his standing in the Kabuki world was weak as he lived apart from his father Ennosuke (Ichikawa Ennosuke III). Mr. Kagawa, who values ​​the “family business” of being a Kabuki actor, said his son would be a Kabuki actor at every opportunity.

However, with the news coming out this time, parents and children are in a tough situation. Danko began to gain popularity and was active in “Hachigatsu Noryo Kabuki” and other shows, but her image could be tarnished by news reports. I think he feels a lot of pressure.” (entertainment reporter)

for the momentarrangeUpstairs, Danko showed dignified behavior despite his father’s uproar. On the Internet, a storm of cheers is brewing for Danko, who has gone through the first three days of his first appearance in Kyoto.

“keep it up! I support Danko-chan.》

“Danko-san’s dance was so beautiful. I felt refreshed. Thanks”

《Danko-san’s tops are meticulous and mesmerizing. I’m really looking forward to it. 》

How does Kagawa feel about his son’s big day? From there, a thorny road awaits you.