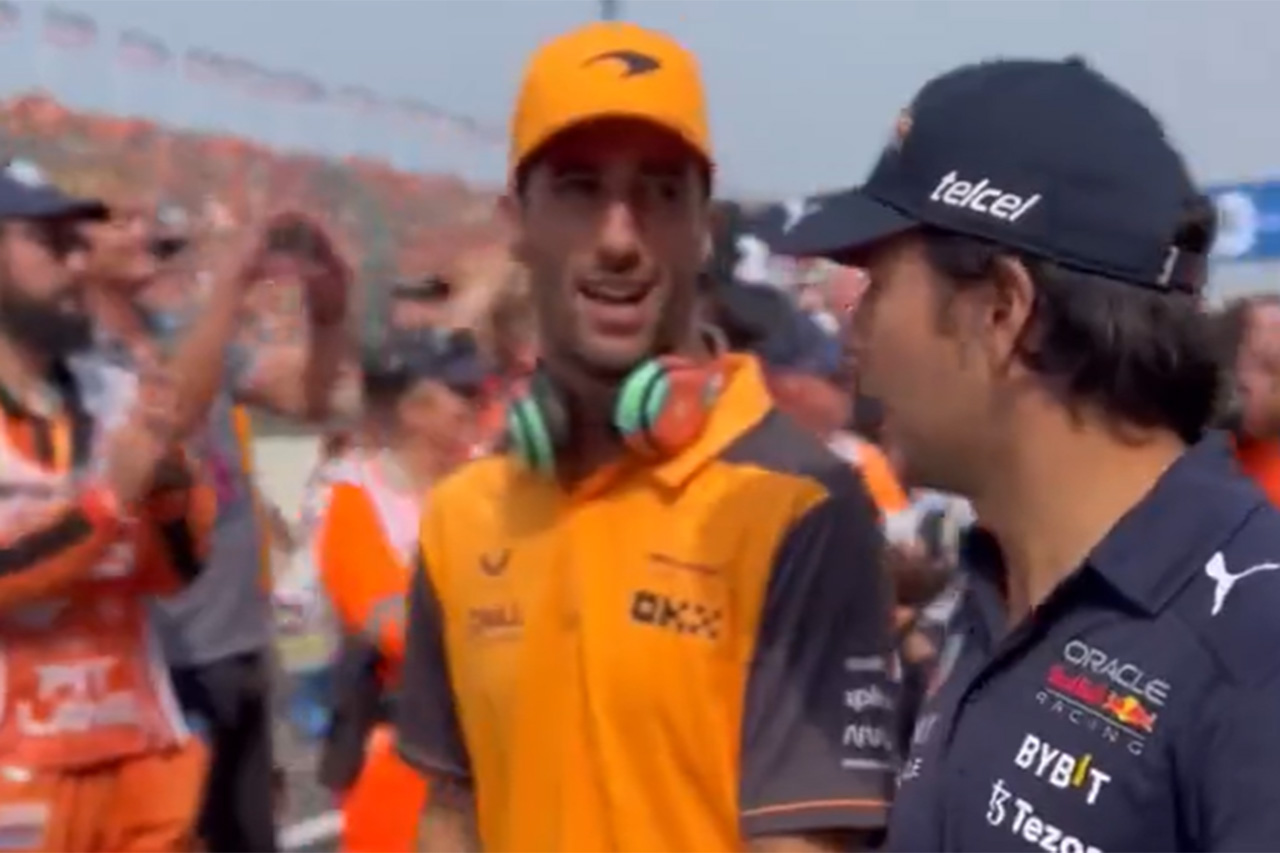 Daniel Ricciardo has hinted he could be forced to take a break from F1 at the end of this season when his contract with the McLaren F1 team expires.

Daniel Ricciardo will not drive next season after the McLaren F1 team decided to end his contract a year early to sign Alpine junior Oscar Piastri.

That leaves Daniel Ricciardo’s options limited to Alpine, Haas or Williams as the only realistic options.

Alpine F1 Team are set to sign Pierre Gasly, but Daniel Ricciardo is unlikely to want to be relegated to a back-of-the-grid rival team.

A video clip has surfaced of Daniel Ricciardo talking to Red Bull’s Sergio Perez after the Dutch F1 GP.

The context of the discussion isn’t entirely clear, but you can clearly hear Daniel Ricciardo telling Perez to ‘take a year off and come back in 2024’.

During the Belgian F1 Grand Prix, Daniel Ricciardo said he would consider quitting F1 for a year if he couldn’t find a competitive driver for 2023. There are also rumors that he will serve as a reserve driver for Mercedes F1 in some reports.