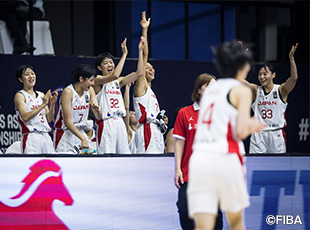 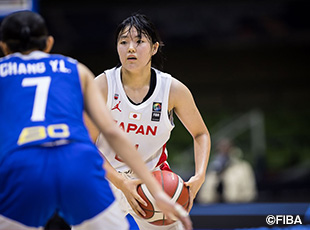 Without possession, Japan had four turnovers and their shooting success rate was 42%, short of Chinese Taipei’s 50%, taking the lead. In the 2nd quarter, Yasogawa scored one goal after another, giving Japan momentum. The Japanese team showed their strength by taking eight turnovers in defense and turning to quick attacks, finishing the first half with a 14-point 52-38 lead.

Chinese Taipei center No.11 Yu Wen Hsiao, 184cm, took control under goal and made up ground. However, it was Yasogawa who cut off the wrong stream. At the end of the 3rd quarter, the gap was 65-60, 5 points behind, but Yasogawa scored 4 consecutive points at the start of the 4th quarter, including two 3-point shots. Although they held off Chinese Taipei with a 15-point lead, Japan managed to hold on and won the first game 90-77.

I gave Hsiao 39 points, which I have to reflect on, but I will continue to make adjustments as the game progresses. They will face Indonesia tomorrow at 2:45 p.m. It will be their first match against Indonesia, who have been promoted to Division A since the previous tournament.