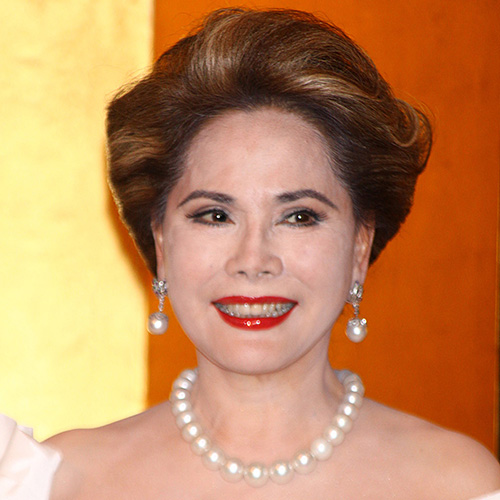 Aired on September 4, “Itte Q to the end of the world! (Nippon TV), Ms. Devi, a talent, charged the director with dogeza. Many praised the staff for their reckless behavior, but many viewers wondered what it would be like to force someone in an inferior position to kneel on the floor on TV.

It was filmed in the United Emirates of Dubai (UAE), but comedian Tetsuro Degawa was absent due to the new coronavirus infection. Ms. Devi was the main host, accompanied by models Maria Tani, Akane Hotta and Yumena Yanai.

The group visited a glamping facility. There was a dome tent with air conditioning and a toilet, but the staff told me that “three out of four people can stay here”. It was revealed that the loser would be staying in a regular tent and Mrs. Devy muttered, “It’s a kennel.” In the end, Ms. Devi lost the game and ended up staying in a simple tent.

“It’s against humanity” and made me kneel…

In the evening, the party started a barbecue, but Mrs. Devi lost the game and could not eat meat, so she only ate popcorn. After the barbecue, Mrs. Devi, who decided to stay in the tent, came in and lamented, “It’s a steam room. There is no wind.

Tani suggested, “What if Ms. Takei surrenders to Mr. Takei (manager)?” “Then kneel there,” he ordered.

When Mrs. Devi scolded “Didn’t I? I made such a stupid plan, it’s really against humanity”, the director apologized, “I think I did something wrong. rude to the elderly.” . While Ms. Devi let out a laugh, “Fufufufu…”, the director knelt down on the gravel floor and said, “I’m so sorry.”

When I visited “IMG Worlds of Adventure” the other day, the staff said to me, “This is the largest indoor amusement park in the world”, and Ms. Devi asked, “How big is of the biggest in the world? However, the staff could not respond. . Ms. Devi revealed the existence of the script saying, “You, it was written in the script. “Read it, look!”

The opinions of viewers on the staff dogeza are divided. Positives praise Ms Devi for correcting staff misconduct.

《My wife’s treatment is a bit off, so it’s better to sit on the floor.》
《We need to reconsider the game of punishment, rather than the stuffing of w staff who have been refreshed on the pitch.》
‘I think it’s natural. It’s not good to take everything you do on TV and take it for granted, but I feel a little refreshed because I’m making my wife do unreasonable things.
《No matter how long it took, I thought it would be boring to play in a cheap hotel with only one person in a punishment game, so I personally felt refreshed when I was on the pitch.
《This excessive plan is against humanity! I really liked Mrs. Devi who let D sit on the floor. It can also be a script

Opponents, on the other hand, point out that simply forcing staff to sit on the floor is inhumane.

《I wonder what it would be like to broadcast dangerous or painful things like things[intéressantes]such as not preparing proper meals and accommodation…. Today’s Dogeza was also uncomfortable. It’s a show I don’t want my children to see.
“Mrs.
“Complete harassment of power, making fun of people and making them kneel on the ground, I have no idea what’s interesting, it’s extremely unpleasant”
《And it seems that the talent is already maddening》
“It’s a crime for Mrs. Devi to force her to sit on the floor, isn’t it?”
“I think it’s inhumane to make him sit on the floor…”
《Although it’s a good deal. Is it fun to do more than unpleasant things? 》