The “I ☆ YOKOHAMA SERIES”, which was held in June and received many favorable comments, will be held again on September 10 (Sat) against Avispa Fukuoka and September 18 (Sun) against Hokkaido Consadole Sapporo. .
We would like to inform you that we have decided to organize the following events. 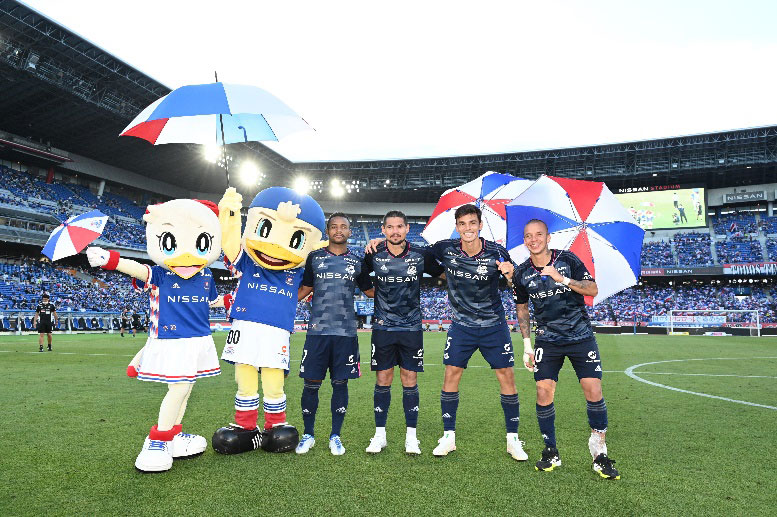 The players will wear the “Baystars x F. Marinos Special Uniform”, which was well received by many fans and supporters, again in these two games. This special uniform contains the desire to “make Yokohama City and Yokohama people’s lives more colorful through sports. We want to make Yokohama a world-class sports city.” 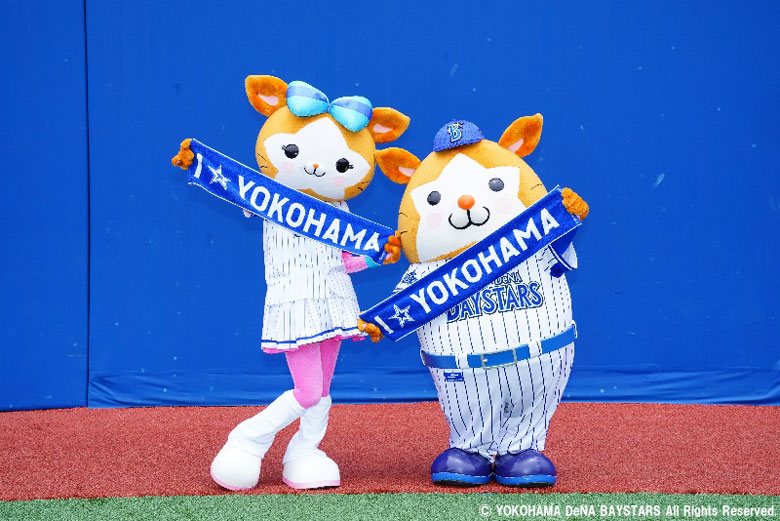 Yokohama DeNA BayStars’ official mascots, DB.Starman & DB.Kirara, will appear at Nissan Stadium! Marinos-kun, Marinosuke, and Marin will appear in various locations to liven up the game.

Diana, the official performance team of Yokohama DeNA Baystars, will appear at Nissan Stadium! We plan to team up with Tricolor Mermaids and appear in various locations to liven up the game.
Only some of the members are scheduled to attend.

④ Publish a special version of the center circle banner 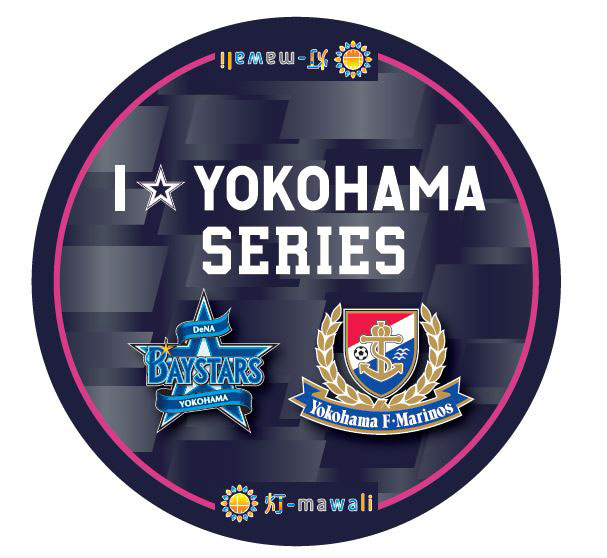 A center circle banner that appears near the center circle before home games. Following the match against Kashiwa Reysol on June 25, both games will feature a special version of the “Baystars x F. Marinos Special Uniform” design!

*The content of each event may be changed or canceled due to bad weather or other circumstances.

What is “I ☆ YOKOHAMA SERIES”?

Through sports, we want to color the city of Yokohama and everyone’s life in Yokohama.
We want to make Yokohama a world-class sports city.
On the occasion of the 30th anniversary, the two Yokohama-based teams renewed their resolve and jointly produced the “Baystars xF Marinos Special Uniform” which reflects their thoughts.

“I ☆ YOKOHAMA SERIES” will be hosted by the two Yokohama-based teams to commemorate their 30th anniversary. Don’t miss the collaboration that can only be seen in this game!