This item isClear the difficult Super Collection questarticle. Please note that the usual cheats are not in this article.

* Some playable characteristics and skills of minions may be released.

A type of quest in which Peperoncino, the master of the enemy camp, intervenes in combat. See the table above for times.

Due to the influence of each passive, it is difficult to damage fantasy trees, and Ashwatthama has very high firepower with passive and normal skills. The Fantasy Tree attack buff is also given to Ashwatthama, so if the buffs stack, even normal attacks will go out of control.

② If you break either, you will focus on the target 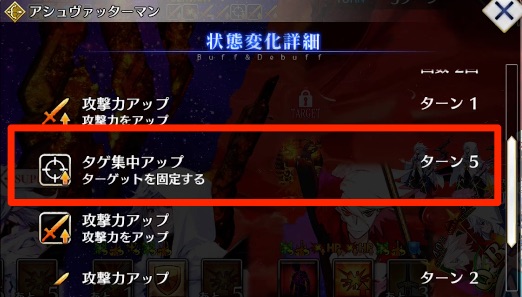 If you break Ashwatthama or Fantasy Tree, by Peperoncino’s command spellTargeted Focus + attack buff granted to Ashwatthamabe finished. It lasts 5 turns and cannot be canceled, so if you want to attack quickly you need to use all your Noble Phantasms for high damage.

When you break Ashwatthama twice, give “attack and charge increase 3” and use the immediate treasurecome. Fortunately, there is no invincible penetration or hit, so let’s counter it with invincible evasion. Since this is a single Noble Phantasm, it’s best to prepare a shield by focusing on targets like Mash.

④ The imaginary tree charges faster each time it breaks

The Fantasy Tree gains more charge each turn on each pause, significantly shortening the duration of the charge attack. (After 2 breaksonce every 3 rounds)。

Charge attacks can be blocked with invincibility and evasion, but the pacing is too fast and you won’t have enough evasion or invincibility, so if this is going to be a long-term battle, aim for more. Approach Ashwatthama with a single NP and leave the Fantasy Tree behind.

Also, after the break, use a lot of reinforcement cancel

Breaking fantasy trees not only speeds up charging, but alsoPlentiful use of takedown skill boosts for individual unitswill come a Be aware that the tactics of dodging the number of times and having Guts do the butt won’t make sense depending on your luck.

⑤ It is easier to defeat Ashwatthama first

It’s quite difficult to fight due to the concentration of targets and the Fantasy Tree’s charge attack, so it might be easier to defeat Ashvatthaman in order with a single NP in the first place.

⑥Be careful not to rely too much on anti-purge defenses

Ashwatthama’s Noble Phantasm damage themselves can be avoided by being invincible, but subsequent follow-up attacks will be eaten, so minions other than Lancer need to be careful of the damage they take.

If you’re going to challenge with haste, prepare the attacker with debuff resistance, or focus on target to parry Ashwatthama’s Noble Phantasm.