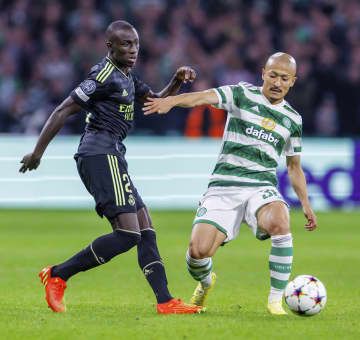 The Japanese trio of Reo Hatate, Daizen Maeda and Kyogo Furuhashi made their Champions League debut on Tuesday as Celtic were beaten 3-0 at home by holders Real Madrid in Group F. At Celtic Park , Hatate pulled the strings in their midfield three. , while half-time substitute Daizen Maeda missed a huge chance before the Spanish giants put on a clinical display in front of goal with strikes from Vinicius Jr, Luka Modric and Eden Hazard. Hatate’s 20th-minute long-range volley was saved by Thibaut Courtois a minute before Celtic captain Callum McGregor saw an effort from the edge of the box barrel…