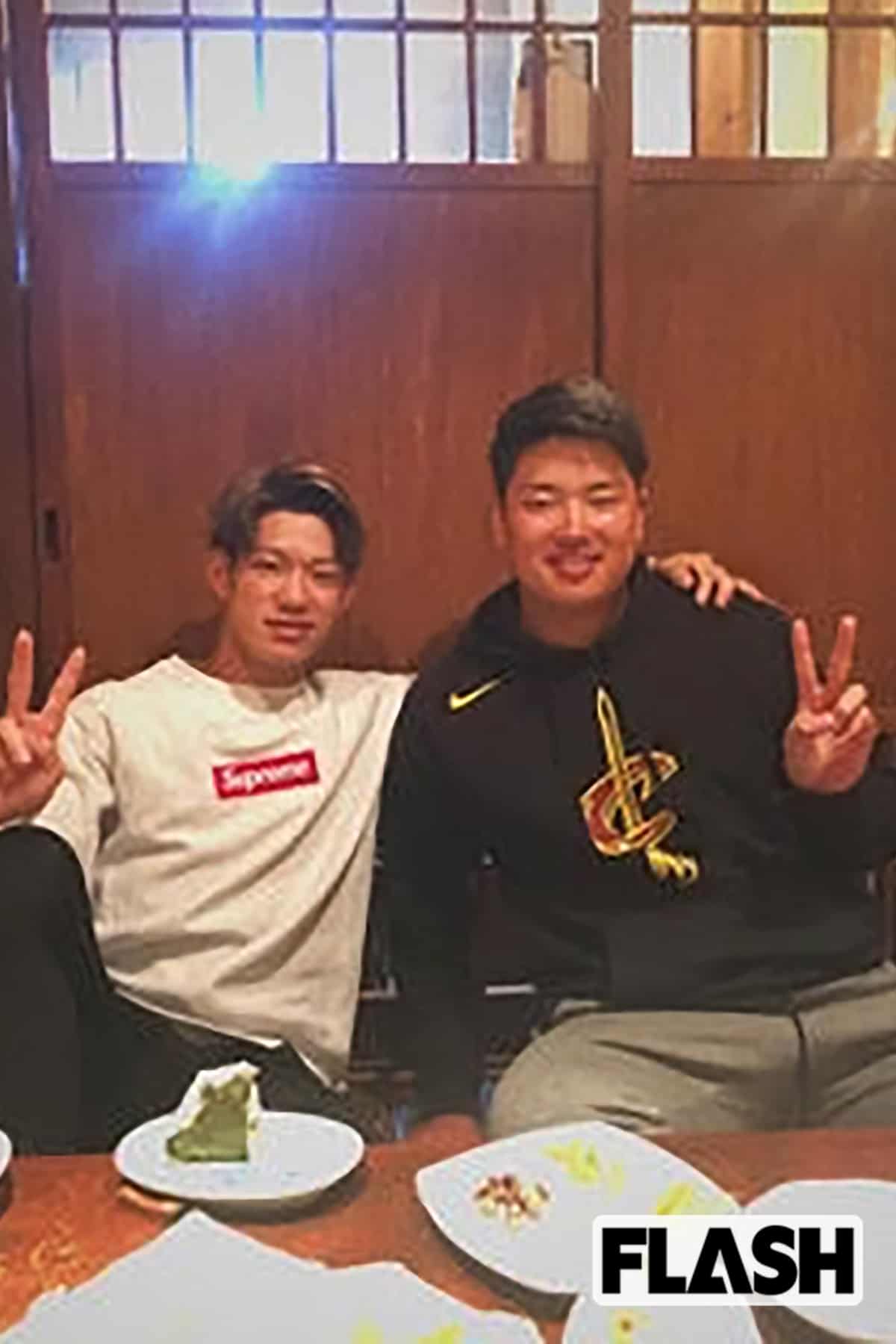 In October 2019, when they both competed in the Miyazaki Phoenix League, they were having a meal.

On September 2, Murakami, who stands at the top of all three batting divisions, finally hit 50 home runs as a youngster. Ever since Nobuhiko Matsunaka, expectations have been rising for the youngest and first Triple Crown King in Reiwa history.

Murakami started playing baseball when he was in the fourth grade of elementary school, at Takuma Minami Elementary School Baseball Club in his hometown of Kumamoto. Here, Murakami was coached by former Orix Hiromi Matsunaga (61), who has been called “the best switch hitter in history”.

“Joji Imai, a former baseball player from Hiroshima, whom I had known since I was a player, ran a baseball school in Kumamoto, and he called me, ‘I want you to teach me how to hit the corner interior.’ One of them was Murakami, what I taught him was how to move his body, like, “You can’t touch the inside corner unless you move like that”, and I also made him a little more aware of his heels.” (Mr. Matsunaga)

Murakami’s swallowing speed was enough for Mr. Matsunaga to look ahead.

“Murakami hit three homers in a practice game shortly after I taught him to hit the inside corner. Don’t blame others and admit what you couldn’t do. Even if I was still in elementary school, I had a solid understanding of it all.” (As above)

Mr. Nishiura misses the days when he worked hard as a “rival”.

“I had played a lot of games, so I knew there were good hitters in the East. (laughs) But when he got into high school he improved a lot, and by the time he got there at the repechage, he was already a monster.”

In 2018 Murakamiyakult, Mr. Nishiura joined Orix. After that, the exchange continued.

“I kept in touch with him often, and since we were both in Miyazaki Prefecture, we often went out to eat. Despite his size, he doesn’t eat much or drink much. We talk about baseball. As for women, I never heard of her existence even once. I guess she even hid it from me (laughs).”

Mr. Nishiura faced an unexpected turn of events during his third year, which had been filled with high expectations. It was bilateral idiopathic necrosis of the femoral head. After repeated surgeries and arduous rehabilitation, he announced his retirement in September last year.

“When I made my illness public, he contacted me right away, but he deliberately said lightheartedly, ‘Souda, how are you? It was right before the Japan Series, so when I LINEd him saying, ‘You gotta win!’, he said, ‘Oh, let me.’ He just said, ‘Yoshinobu (Yamamoto) can knock.” I got an answer (laughs).”

Mr. Nishiura, who became a YouTuber after his retirement, continues to follow Murakami’s movements.

“He obviously evolved in baseball, but I think his personality also changed. When he was on the same team for the first time, when he went to Taiwan in college, he was shy and not the type to come out Even when I’m on the bench, I always scream in front, and last year I even bit the opposing team. I think I definitely push myself (laughs), but I think he can. do now.”