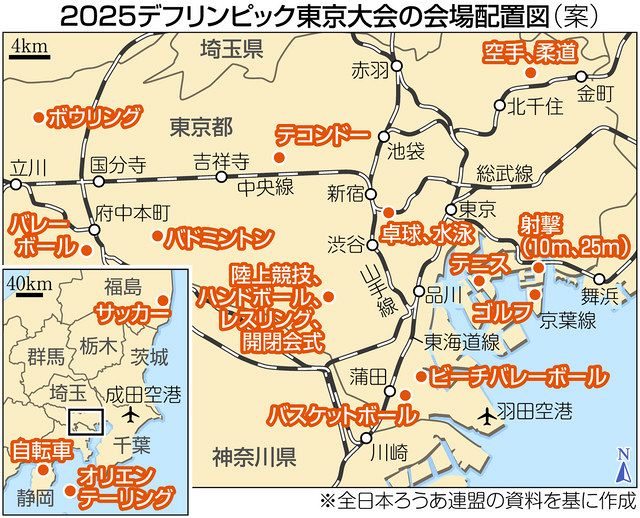 It was decided on the 10th that the Deaflympics, an international competition held once every four years where hearing-impaired athletes compete, will be held in Tokyo in the fall of 2025. The tournament began in 1924 and was the first to stand in Japan. Fujisaburo Ishino, President of the Japan Federation of the Deaf (Tokyo), who hosted the event, said he was delighted: “It will be one more step towards realizing a world in which no one is left behind. . (Kenta Kato)

The decision was taken at the General Assembly of the International Deaf Sports Committee in Vienna, Austria. The federation invited for the first time, “We want to give dreams to deaf children and athletes and change society with the power of sport.”

The Paralympic Games, which are attended by athletes with physical, visual and intellectual disabilities, have no quotas for deaf athletes, and the Deaflympics are a major milestone for athletes with hearing impairments once every four years. Deaf means “deaf”. At the Brazilian Games held in May this year after being postponed due to the influence of the novel coronavirus, Japan won a record 30 medals.