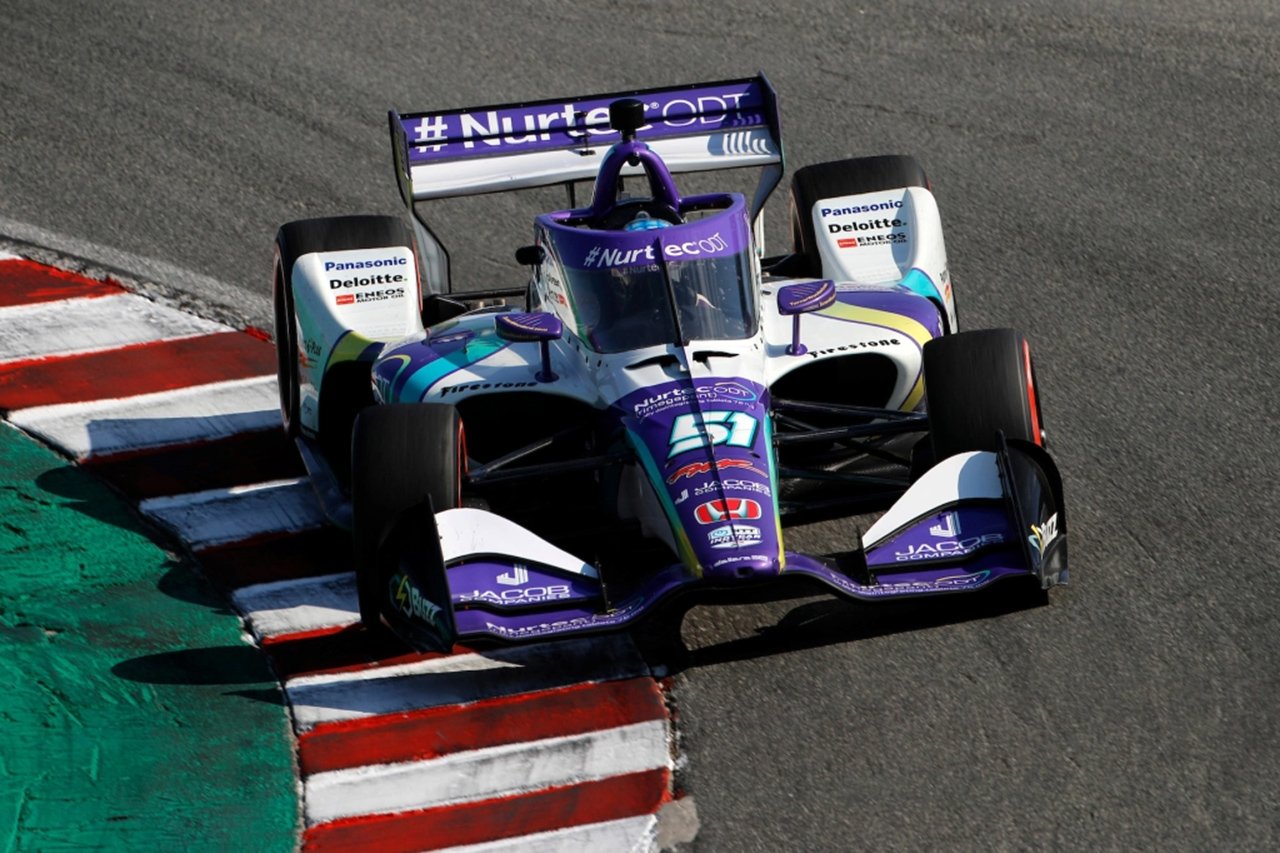 Takuma Sato struggled with tire settings in Practice 1 on Friday, finishing 22nd in qualifying. We were aiming to get to the top using both types of tires wisely, but one of the important suspension parts, the rear shock, broke during the ride and the handling of the machine changed. deteriorated.

Moreover, when he came into contact with his rival, the steering wheel was taken a lot, and his right thumb, which had been injured, was badly damaged, which made it a race where he fought with severe pain and ended up finishing in 23rd place. in the final round.

“The last race of the season was very long,” commented Takuma Sato.

“The start went very well. Due to the performance of the tires provided this time, it seems that different strategies were adopted by the teams as some teams were aiming for the finish with four stops.

“However, due to the development of the race, we had no choice but to make three pit stops, and we were unable to increase our pace in the race.”

“On top of that, I completely broke my right thumb, which I’ve always had trouble with, when I was involved in one of the cars. So from that perspective it wasn’t a good day.”

“Even after the contact, I continued to do my best to finish the race.

“It’s been a great season with the crew working for Dale Coyne Racing with the number 51 RWR car. I’m honored to have had a great season. It’s a shame I couldn’t do it, but I I had a lot of fun competing.” in the race, and I’m really happy to be part of this team.