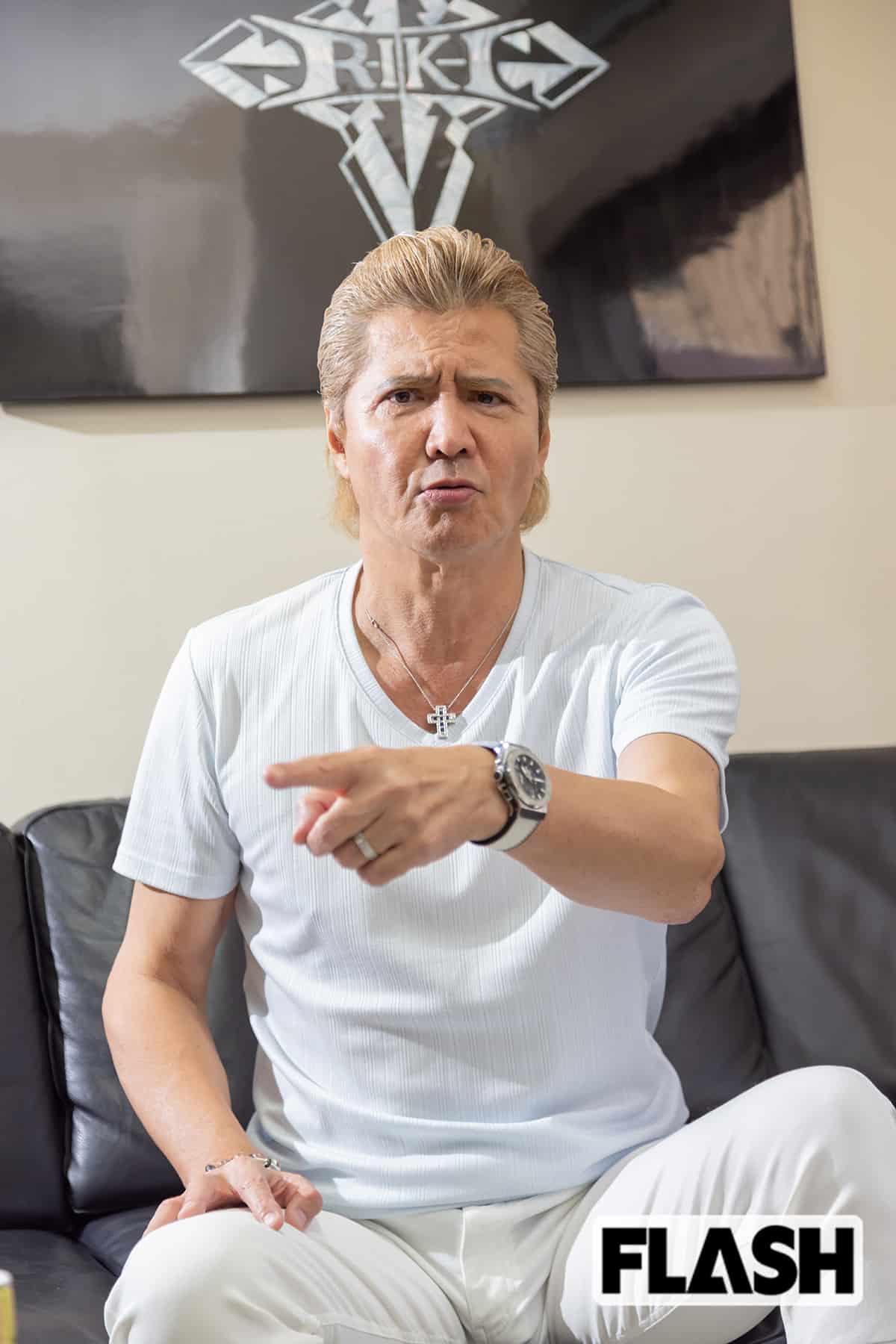 During the interview, I was recommended to buy it, saying, “Why don’t you live here?”

「Riki TakeuchiYour famous house is up for sale… Officials are worried about what happened.”

The “Famous House” is a three-story white building located in Jiyugaoka, an upscale residential area.grand mansionis.

“It’s a mansion that Mr. Takeuchi bought when he was 34 and was once used as an embassy. It’s a testament to his success. Its garish exterior and many luxurious rooms have been featured on several television shows. times. He must have an attachment, and it’s hard to think of selling him unless he’s in financial trouble.” (entertainment reporter)

According to materials obtained by this magazine, the mansion with a total area of ​​414 square meters was put on the market for about 800 million yen this year.

Are there financial difficulties for the “Emperor of V-Cinema”? When this magazine hit Takeuchi coming out of “Tawaman” at home,

“I have the money. I’ll explain, so come back later.”

And a drink with a powerful voice. At a later date, Takeuchi will serve as a representativefilmI visited the production company. What I heard there was a shocking truth.

“We have already sold it to a real estate company. The price is over 700 million yen.

With the purchase cost, he is said to have spent nearly 1.2 billion yen on this house.

“Even though it was an old embassy, ​​the interior looked like an office, and it wasn’t flashy. The tiles were replaced, the fluorescent lights were replaced with chandeliers, and everything was remodeled to look like a western”. I want to explain how to use it to people who buy it.

Let me explain how the sale took place.

“I’ve been thinking about selling it for 10 years. I live with my wife, but it’s too big. We don’t get along when we’re in separate rooms. I only use 2 or 3 rooms, I have to take out the trash at 8am, and there is no elevator, so I have to take the stairs to get to the 3rd floor. I don’t know.end of life“It’s kind of”

When I first bought it, I often had house parties.

“We called 50 or 100 people, watched movies, drank alcohol and made noise until the morning. But I had to prepare more than 300 cups for that, I couldn’t keep up with the day’s laundry , and I couldn’t do it because it was hard to clean (laughs).”

It is said that there was also a “recommendation to move to an apartment” in the vicinity.

“Recently I’ve had corporate presidents my age and older say things to me like, ‘You can live in a mansion now, so why not think about the future?’ I never made it public because I thought it would reduce my acting work., but I was badly injured while shooting a movie when I was 31. I had multiple back and neck operations. I’m still putting up with it, but I I still have sequelae like numbness.

Of course, even if I say shukatsu, I don’t mean withdrawing from work.

“I have a lot of films in the works and I intend to appear in them.

The loud voice that says, is always scary like “the Emperor”!