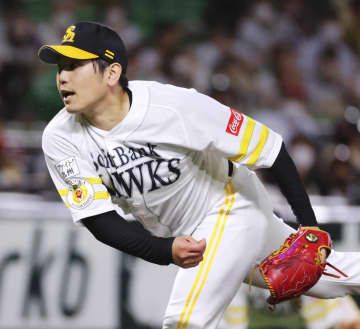 Shuta Ishikawa allowed a run in pitching the seventh inning, and the SoftBank Hawks played a big first inning to beat the Seibu Lions 6-1 on Wednesday and extend their Pacific League lead to two games. Ishikawa (6-9) worked a 1-2-3 first inning at the PayPay Dome, and his teammates scored five first-inning runs against rookie Chihiro Sumida (1-10). Alfredo Despaigne’s double with one strikeout brought the first two points of the game, followed by three consecutive RBI singles. Sumida recovered from the blow, allowing no more runs in his seven innings on the mound, but his teammates managed just…