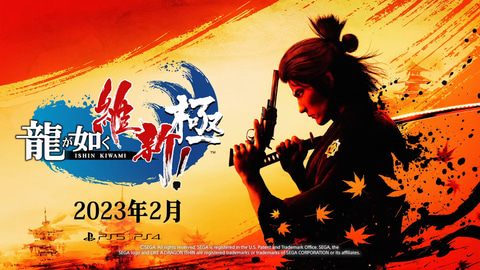 Sega has announced an action-adventure game for PS5/PS4 called Yakuza Ishin! Kiwami. Its release is scheduled for February 2023.

This work is a remake version for PS5 of the action adventure “Ryu ga Gotoku Ishin!” on sale for PS3/PS4. Set in the late Edo period, it depicts a story with Ryoma Sakamoto as the main character. You can check the video that has evolved for the current machine through a full remake in the “State of Play” distribution program. Details of this work will be announced in the “RGG SUMMIT 2022 / Ryu ga Gotoku Studio New Release” program, which will be broadcast from 7:00 p.m. on September 14.