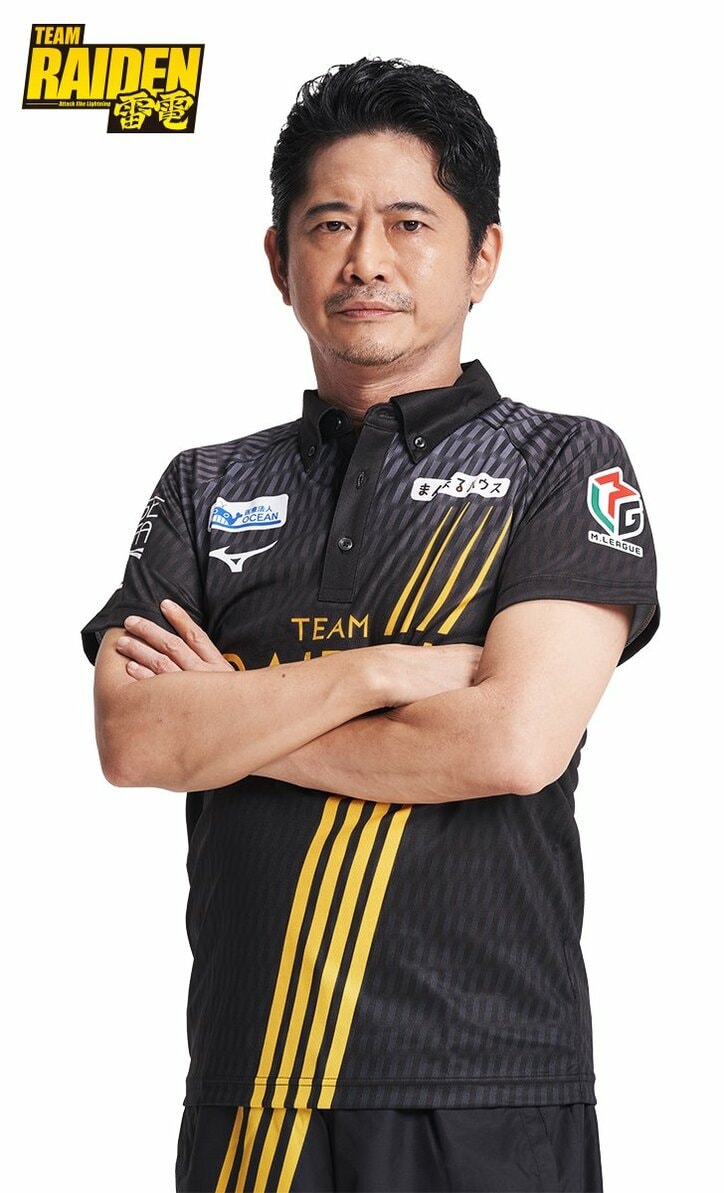 Due to his popularity as a popular actor, TEAM RaidenMasato Hagiwara (Federation)’s journey as a professional sparrow player is really steep every year. Last season in the M League, he was 31st out of 32 players with an individual score of -394.0, and the team also suffered a crushing defeat with more than 1,000 negative points, and disappeared from the regular season. Hagiwara, who is also a symbol of the team, can’t help but feel responsible. There was a time when I was like, ‘Maybe I should quit’, but with the support of the fans behind me, I decided to return to the M League table. Should I call it resolution, or should I call it readiness? Hagiwara wrapped up before the opening.

I already forgot. Me, I tend to talk about the same thing every year, so it’s very frustrating, but there’s no point thinking about last year. Even if the number remains, I forget it in my heart.

－Is there a moment when you say “it’s also mahjong”?

As the M League is long, every team has its ups and downs. After that, every player will accept it, and various things such as mahjong content will be involved. People around me encourage me by saying things like “I was unlucky”, and these words are a relief, but sometimes those who knock are not done. Even if I take first place, I’ll be thinking things like ‘If I had done that then’ or ‘I wonder if there was a choice like that’. If I asked if the mahjong that I think is closest to winning would change, it would never change, and in terms of personal feelings and commitments, the fact that I want to win while playing fun mahjong hasn’t changed. . That kind of statement by itself sounds like a hot issue, but I’m thinking, “Seriously, it doesn’t matter!” (laughs).

There were times when I used lip service or my true feelings and tried to say something sure, but this year I’m really only saying my true feelings. I don’t want to hurt people, I just want to take responsibility for my own words. Including content and results.

– In an interview during the off period, you once talked about your progress. Please be sincere.

My grades held me back and I wasn’t heartbroken, but there were times when I honestly thought, “Maybe it’s best for me to quit.” Someone has to take responsibility, and I guess that’s just me. That’s how the world works, and I thought it best that I quit, and I wasn’t sure if it was ideal for me to be here. It wasn’t because I wasn’t getting results, but when I thought about things from a more multifaceted perspective, I thought it would be more refreshing to quit.

Even if you’re an actor, it doesn’t make sense if you’re not needed. It’s so simple. Of course, there is also a lot of embarrassment there. In the world of mahjong pros, some people say, “If you can’t win, you’re not a pro.” Amateurs lose once and it’s over. But what can professionals find by losing again and again? If you say you don’t need it, I’ll stop. The main thing is the fans. I hear various voices of people supporting me and I want to cherish them.

But I do not know. We risk losing more than last year. I don’t even have the slightest intention of saying, “I had such a bad experience last year, so I’ll see better this year. All of our opponents are strong, so there’s no need to think about what’s going to happen this year. We are all going to re-examine the uniqueness of TEAM Raiden that we have built over the past four years. Everyone is quite old. I will summarize the question: “What is fun? What is winning?”

I feel “bright and fun”. There can be bright and fun moments even after winning the last trick, and there can be times when you reflect on your high score. There’s also the “Raiden-ness” image, but that’s the fan-made image. On the contrary, if we cannot show the Raiden that we have created with the fans, with each personality and each skill, I think we should recognize that the team has come this far.

－Do you think the M League itself has evolved in the fifth year?

It’s a really difficult story, and mahjong originated in China. Japan has changed mahjong in its own way. I think it would be better to sum up the competition called “M League” more firmly now. There are many vague parts that have been taken from conventional mahjong.

For those unfamiliar with mahjong, it’s hard or difficult to understand, so it’s not like I’m simplifying the rules. Even the parts that fans have wondered, “I wonder how it is?” can be made a little simpler. This will facilitate its dissemination on a global scale. There are also manic parts, so I have to think more and more so as not to lose my mind. If you want to create new rules or things like mahjong, you should be thinking, “What’s up?”

I think I’ve come a long way when it comes to public presentations. There’s a place where you say, “What more do you want to do? In reality, there are many things that can be done and things that cannot be done. I think it’s grade 5 that makes all of us more confused, but I’m not sure either (laughs).

The first year, I had a mountain of interviews, but now it’s not so much, and there is a fixed and stable part. When I think a little further, I think about what to do with the ambiguous rules, for example, whether to make the penalties more severe. If it’s a live show that starts at 7 p.m. and ends at 11 p.m., I don’t think that’s good entertainment. If I want the boys and girls to see it, I don’t show it until 11 o’clock and finish earlier. For the M League to spread more and more, there may be things to do, and I want to create again. We have to look to next year, next year, 5 years later, 10 years later.

As for the broadcast time, some people say it’s okay because it’s a time when you can see it later in the archives, but what’s important is “to tell the ‘school the next day’. It’s probably good to watch the game and say, “Whoever did that yesterday was amazing. If an individual looks at the archives later and says, “Ah, that was fun,” the scope will be narrower.

－There is a feeling that “everyone is watching now” when trending on Twitter.

That’s right, even professional baseball isn’t played on the terrestrial broadcast like it used to be anymore, but after all, everyone pays attention to important games, like when the championship is approaching. I would like to expand the scope of the M League and make it an entertainment competition that rivals professional baseball and football, but it’s not quite there yet. In this sense, there are good examples in the world, and I think it is normal to make the best of them. This is the M league I grew up with. I think it’s best to be prepared for the kind of answers that will come out in the distant future.

-Finally, what are your goals before the season?

It’s about staying healthy until the end. There are a lot of things that come back when I say ‘win’ or ‘win’ but I think this will be a season where the answer comes naturally when the season ends safely, both physically and mentally.