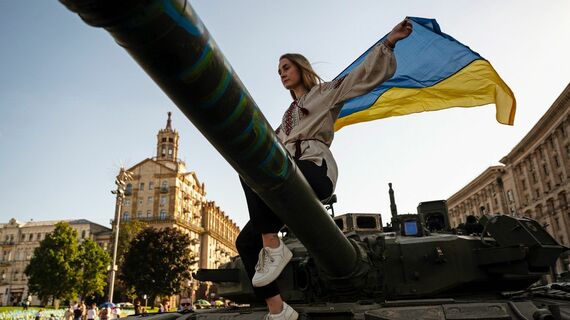 Ukraine goes on the offensive everywhere

“Russian forces are lagging behind due to simultaneous resistance campaigns in the south and east. President Zelensky’s Advisor Says ‘I Think We Can Crumble the Russian Army’

Ukrainian forces recaptured more than 700 square kilometers of territory in simultaneous counter-offensive operations in the south and east. This is perhaps the most important step forward in recent months.

After weeks of stalemate in the eastern Donbass region, Ukrainian forces began in early September to push back Russian forces from Kharkiv, the country’s second largest city, and are on track to successfully cut off a vital supply line .

The Ukraine is attacking on two fronts, towards Kharkiv in the east and towards Kherson in the south, while the Russians are behind.

“From what I understand, they are on the offensive everywhere,” said Timofey Milovanov, adviser to Ukrainian President Volodymyr Zelensky.

The rapid advance of Ukrainian forces in recent days is perhaps the biggest offensive of the war since pushing Russian forces out of the capital Kyiv. The speed surprised even some Ukrainian officials.

Ukrainian forces announced on September 8 that they had taken over more than 20 settlements in Kharkiv Oblast. The offensive was possible in part because of long-range American artillery.

“In addition to the new long-range artillery hitting the Russian army, it hits a thin line of defense for the poorly timed redeployment of the Russian army,” said Oskar Jonsson of the Swedish Defense University.

In this offensive, the Ukrainian army aims to retake the key to Izyum, which was taken in April, and to cut off the supply base in Kupyansk.