Queen Elizabeth died on September 8 at the age of 96, leaving the nation in mourning for 10 days. On September 19, will come the time of our last farewells.
The news of the death of Queen Elizabeth is circulating around the world, but I would like to deliver the daily life of citizens from another angle than news videos and photos.

Until the end, Queen Elizabeth served her country with dignity and grace. And she was a friendly and approachable queen. I had just celebrated my platinum jubilee in June, marking my 70th year on the throne. The day has become a public holiday. Everyone must have thought they would be celebrating their 100th birthday. In retrospect, the cancellation of various events due to health issues and the move of Prince William and Princess Catherine from Kensington Palace in London to Windsor Castle may also have been significant. 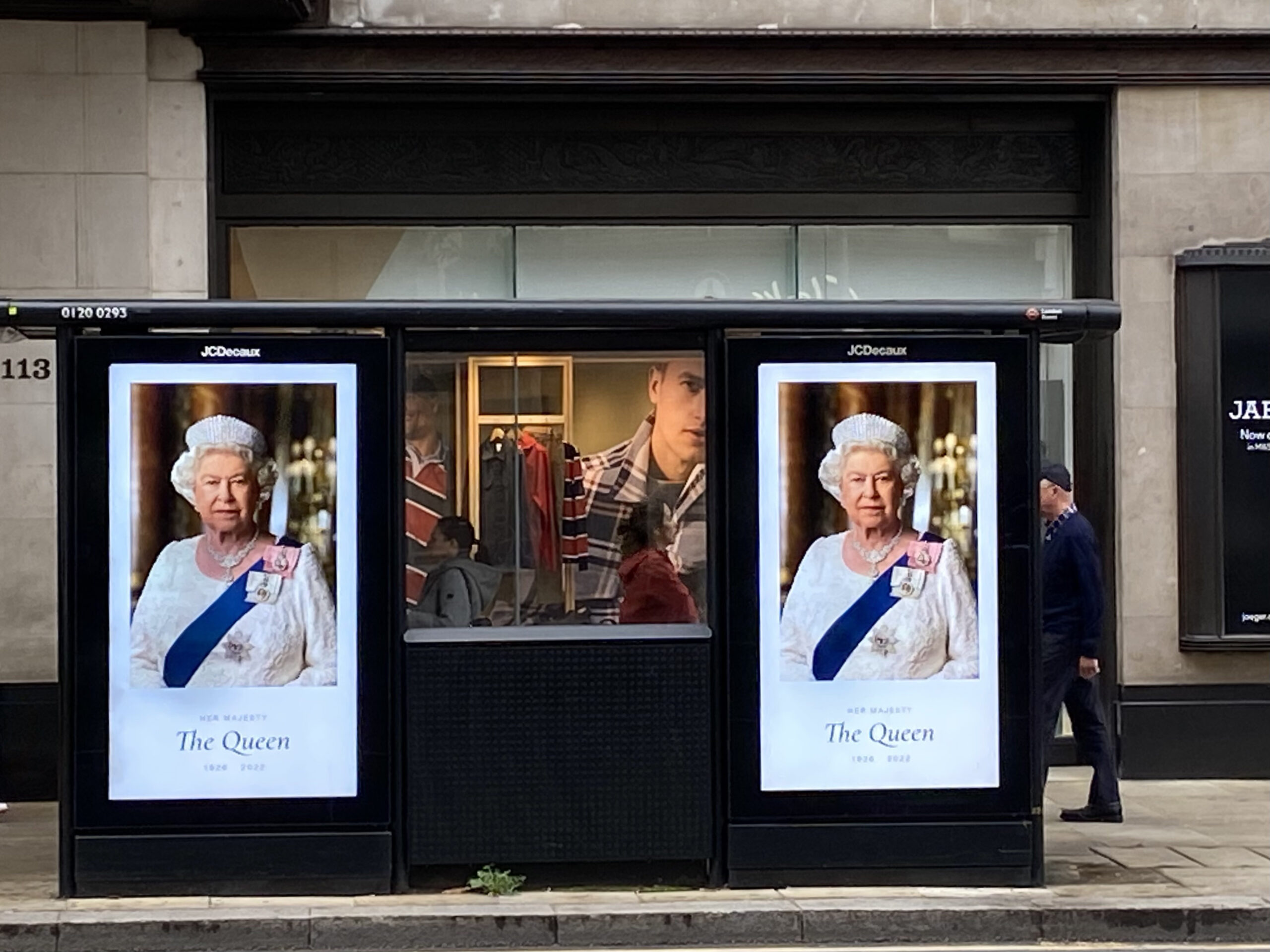 The day after news of the Queen’s death was announced, photos of Queen Elizabeth flooded all of London’s noticeboards, bus stops, Tubes and shop windows. A variety of photographs have been selected from his youth to the present day. During the 10 days of mourning, many events were cancelled. Planned train and Royal Mail strikes have also been called off. At the citizen level, even mobile amusement parks, local antique markets and neighborhood-organized Sunday yoga have been canceled.
The day of the funeral on September 19 will be a statutory holiday and schools will be closed. 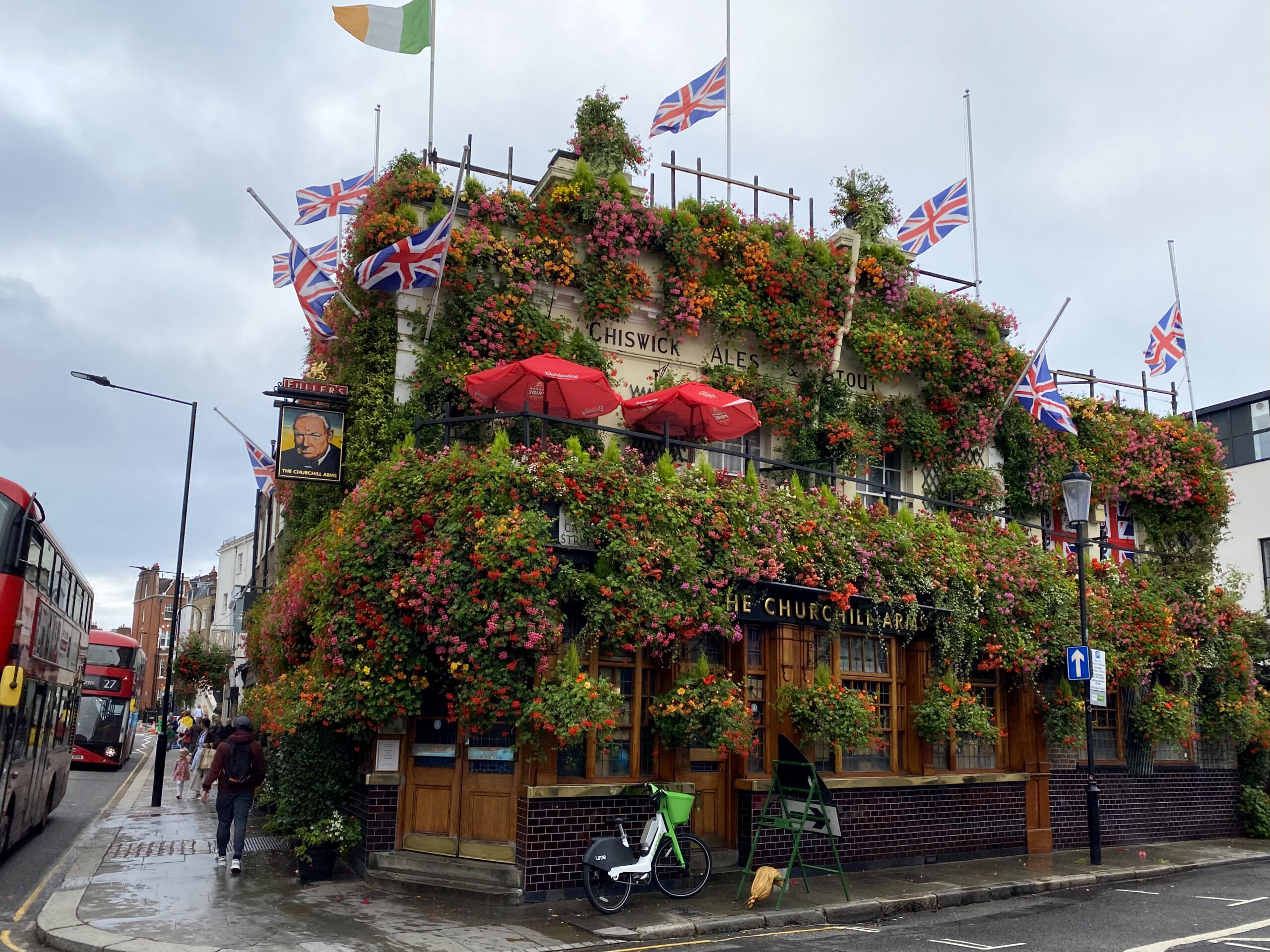 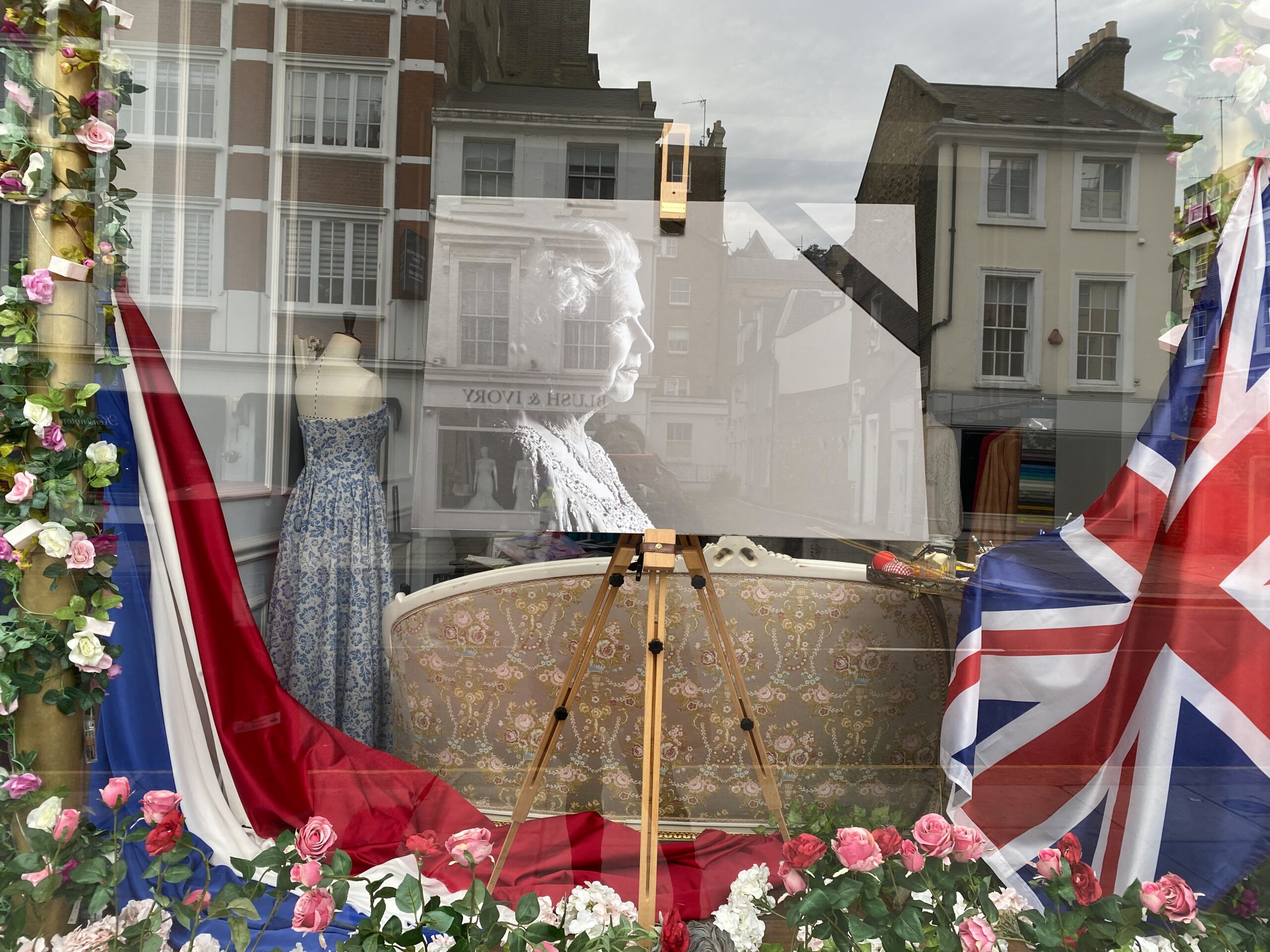 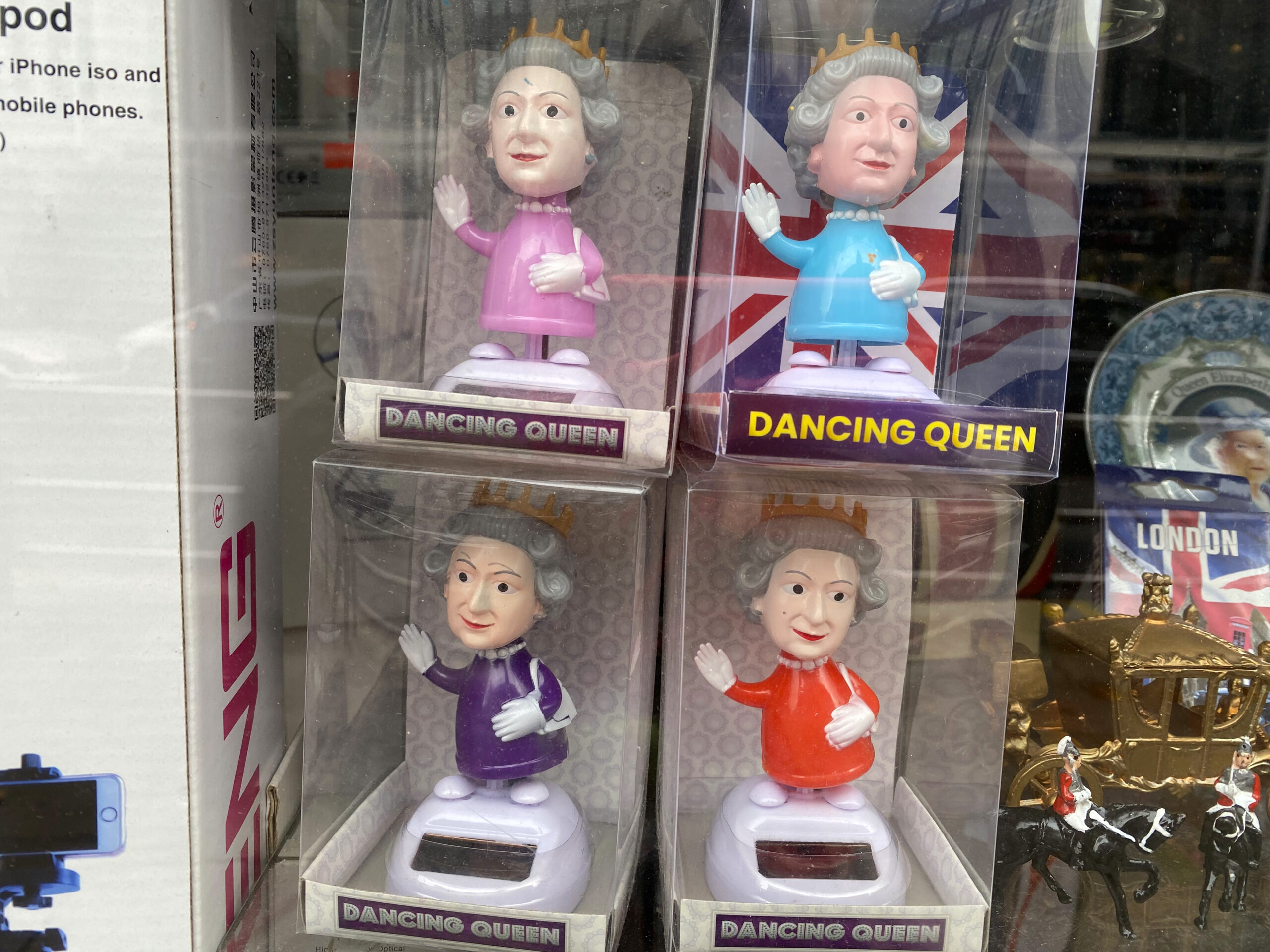 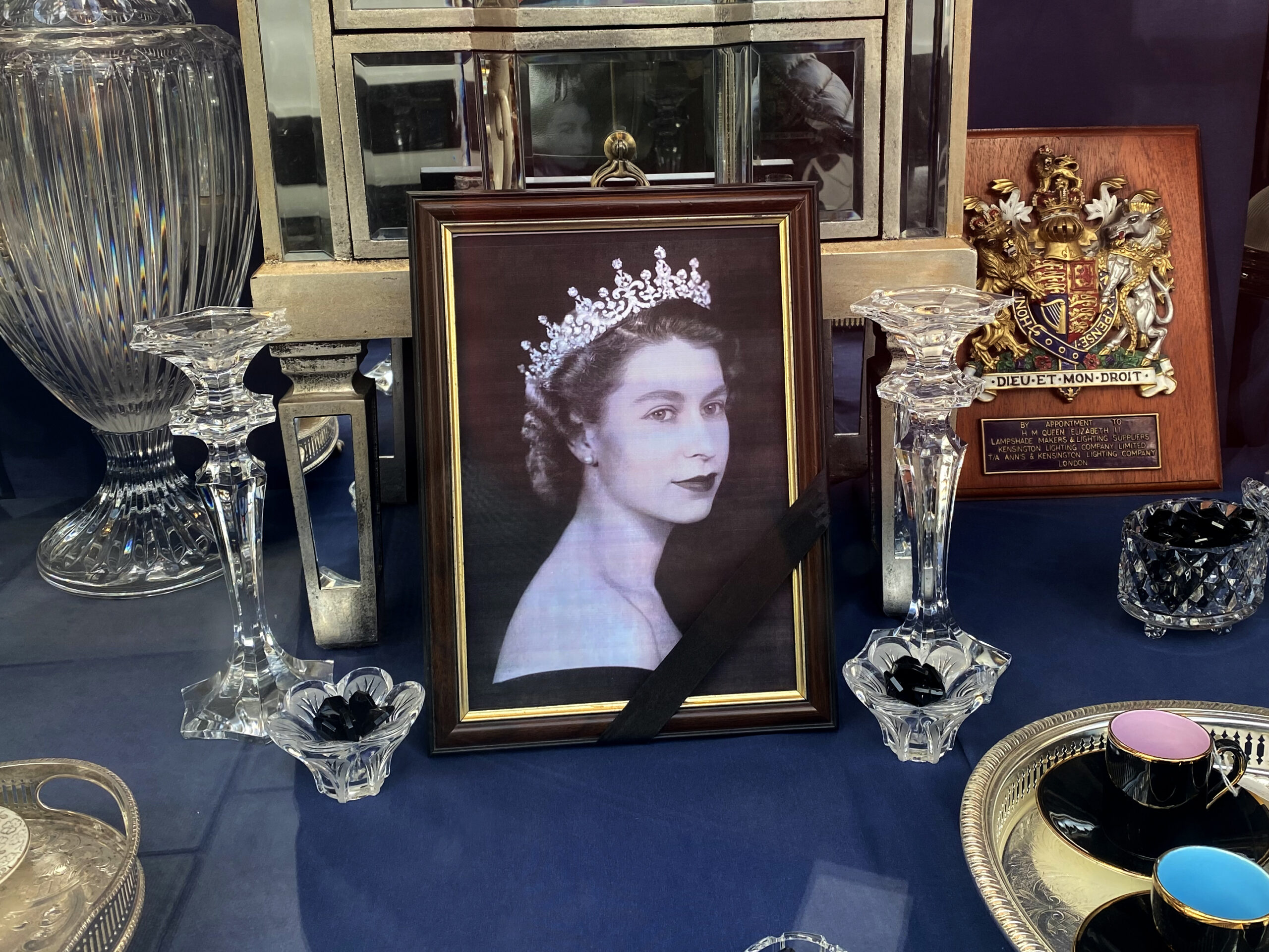 Even in our daily life, some things change. Part of the national anthem has changed. The lyrics date back to “God Save the King” which was used before the Queen ascended the throne. You have to sing from Queen to King. And the portraits on UK banknotes and coins are changing. The portrait of Queen Elizabeth is currently in use, but it will be replaced by the portrait of King Charles. Well, I’m curious which of the many photographs of Her Majesty the Queen will be used.

On the afternoon of September 16, I went to Westminster Abbey where Queen Elizabeth’s coffin is laid. At the exit of Westminster tube station, you will see “Big Ben”, which has just been restored after five years of work. The Prussian blue and gold colors were beautiful and I was surprised. 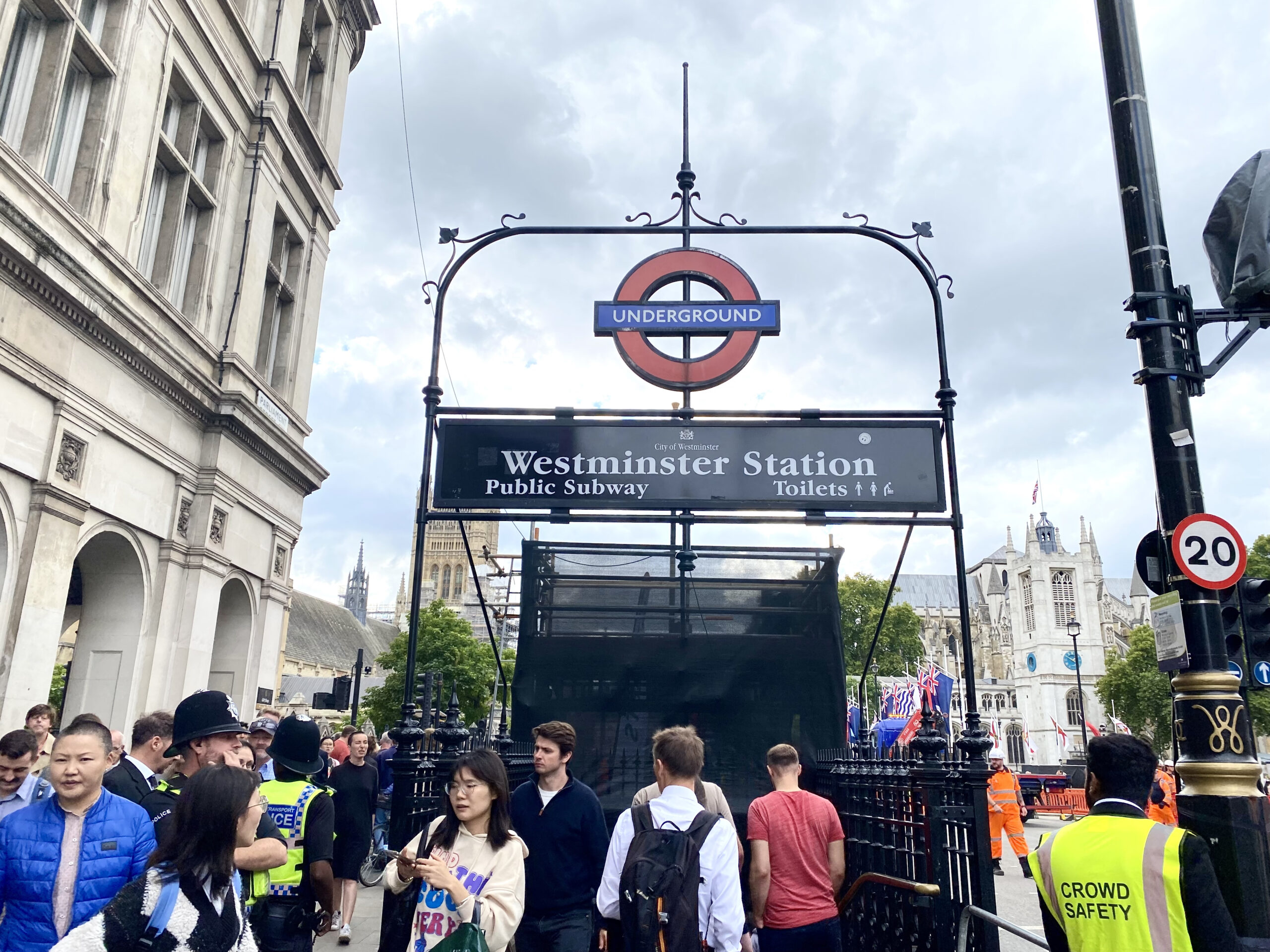 Due to the parade of members of the Imperial family held the day before, it was announced that the waiting time would be up to 35 hours until the condolence visit. Around 2:00 p.m., when I asked the guards stationed around the temple about the waiting time, they said it would take 5-6 hours to get in. The flow of the line was faster than I expected, and it didn’t seem to stop.
At about the same time, Mr. David Beckham lined up in the general line from 2 a.m. It was reported that the wait was 1pm. Mr Beckham was treated like a VIP and was able to pay his respects without queuing, but he probably wanted to attend with the same feeling as the people, so he declined the special treatment. As captain of the England national team, I sang “God Save The Queen”. Mr Beckham was appointed Commander of the British Empire by Queen Elizabeth II in 2003. At that time I took my grandparents with me, who had raised me to be a royal fan. He spoke fondly of this memory. 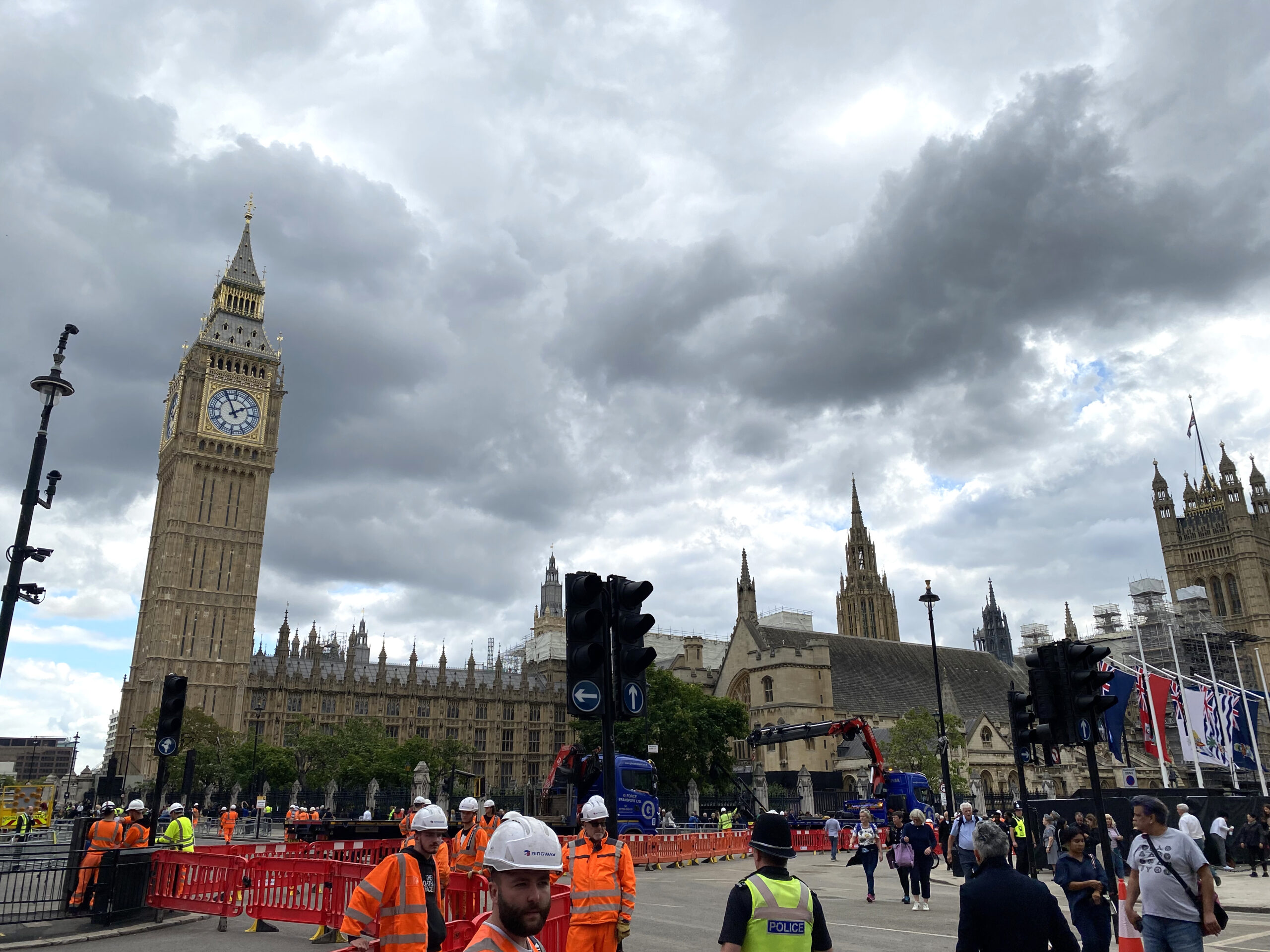 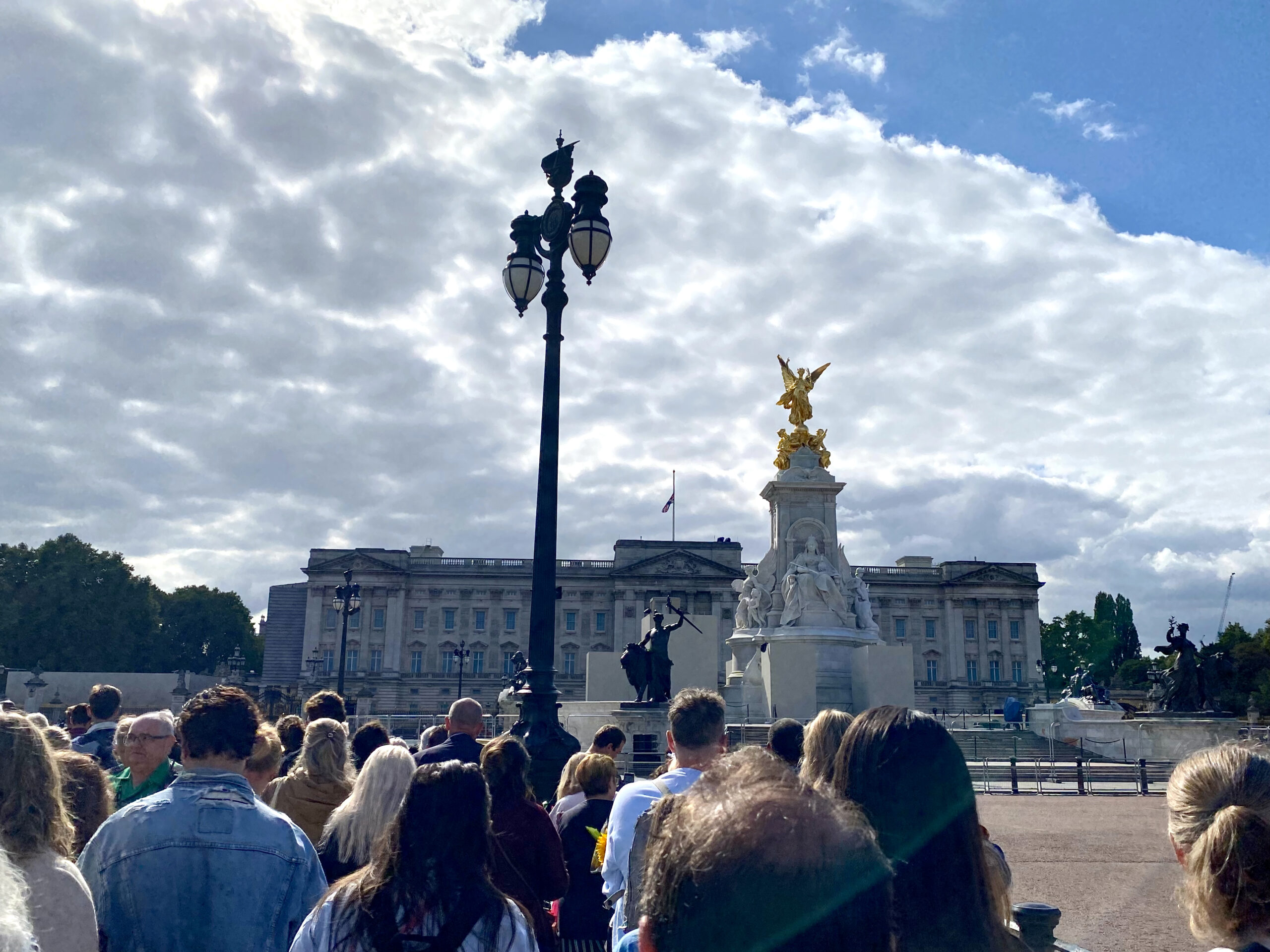 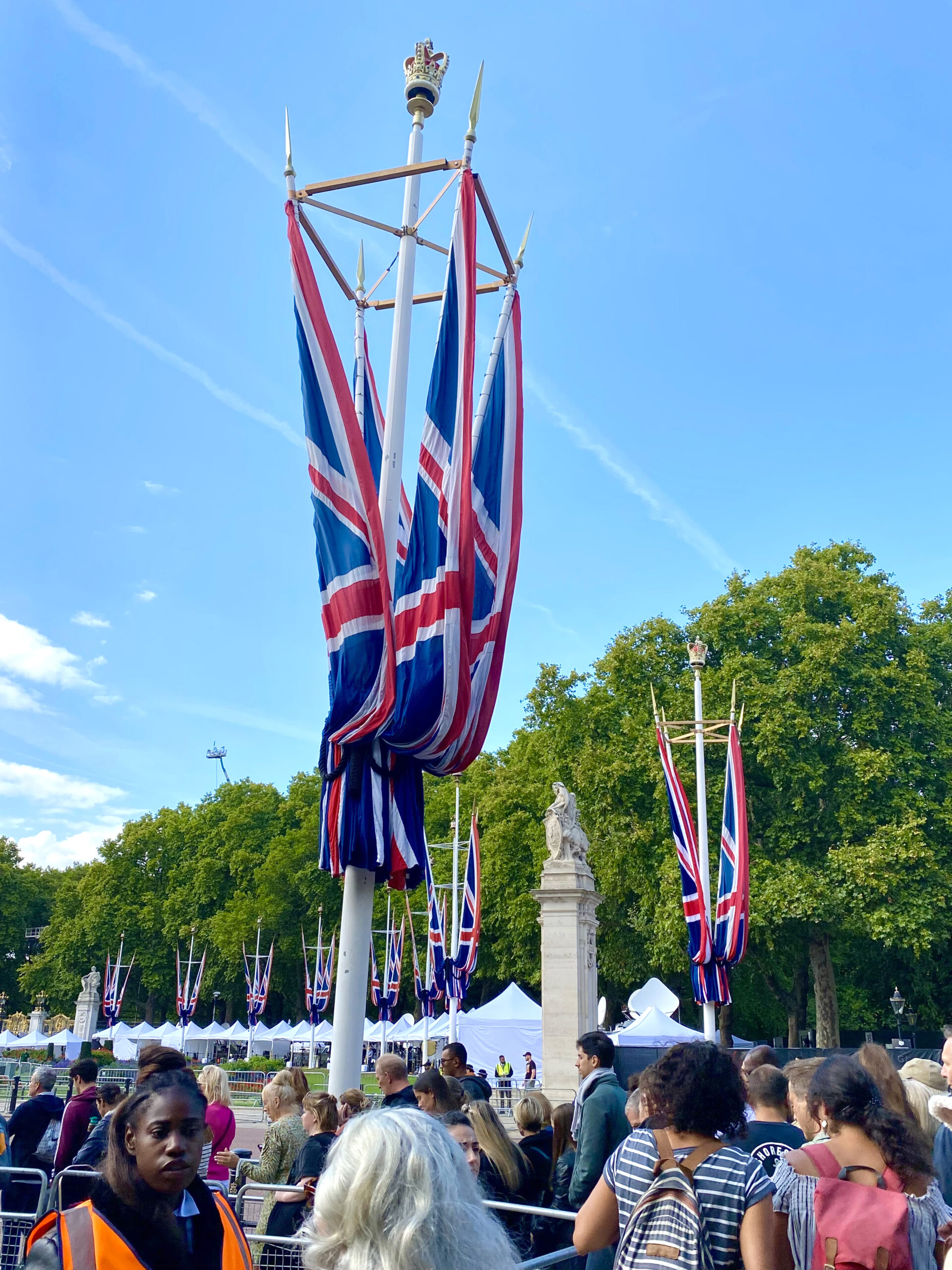 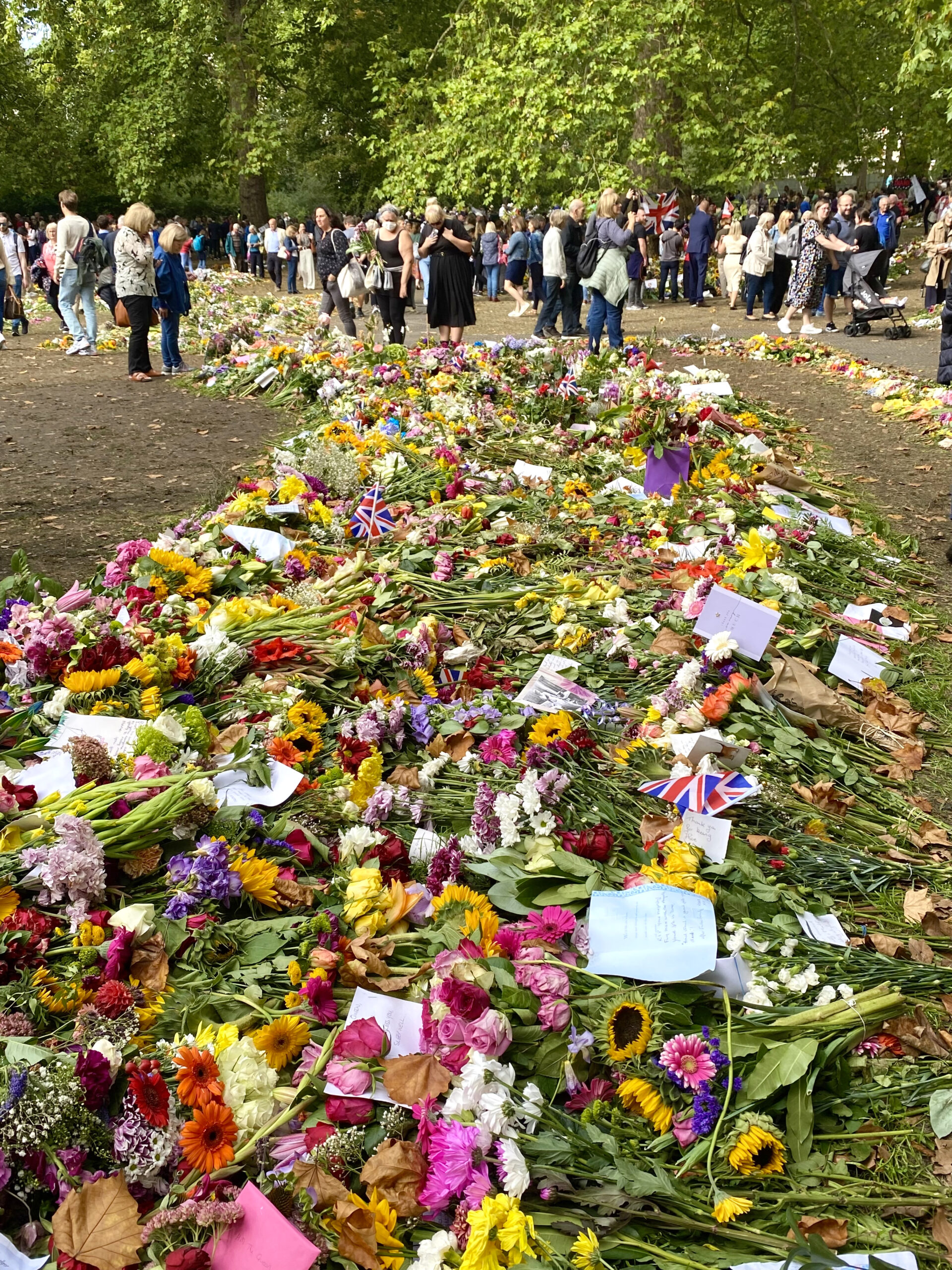 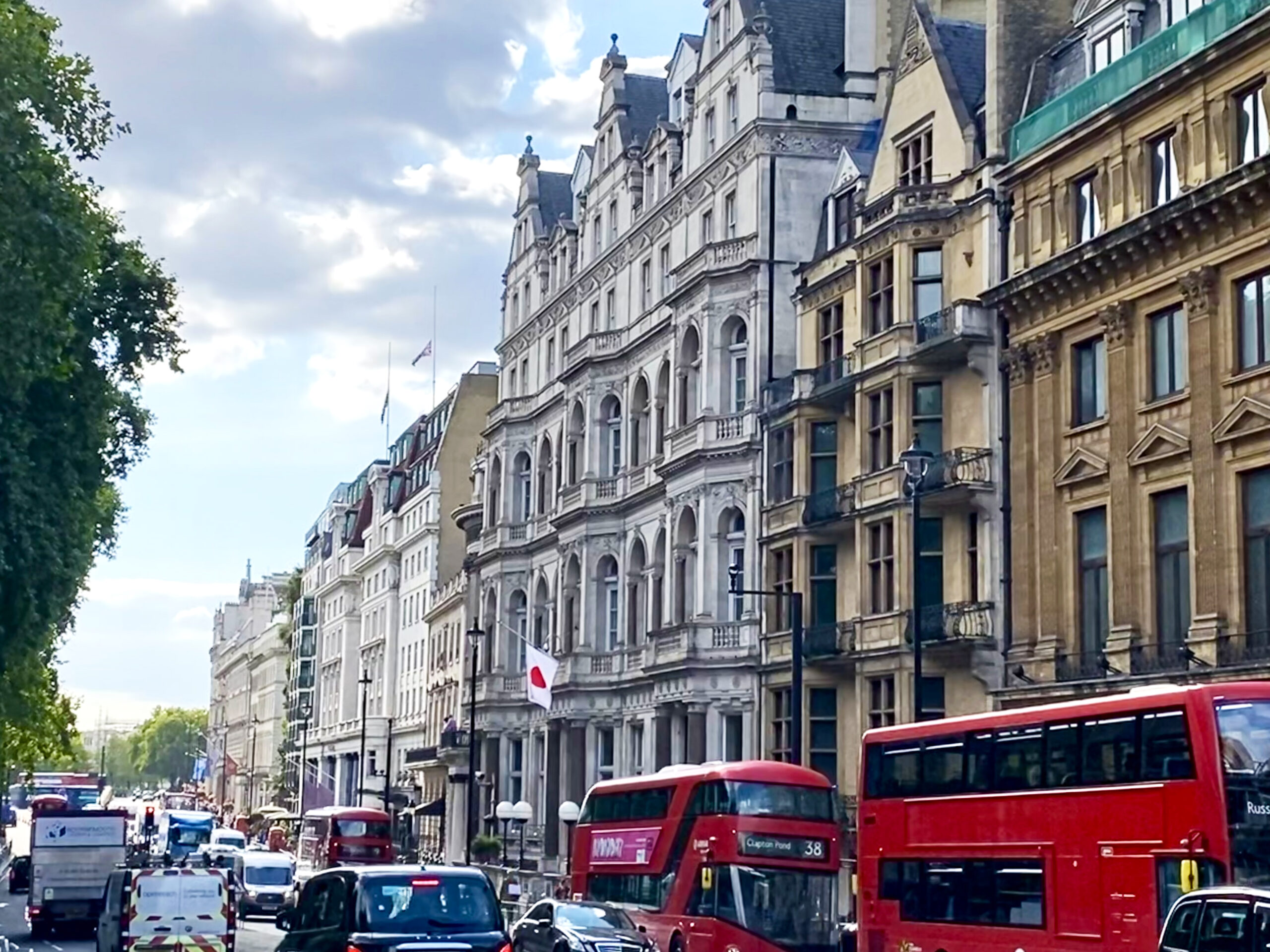 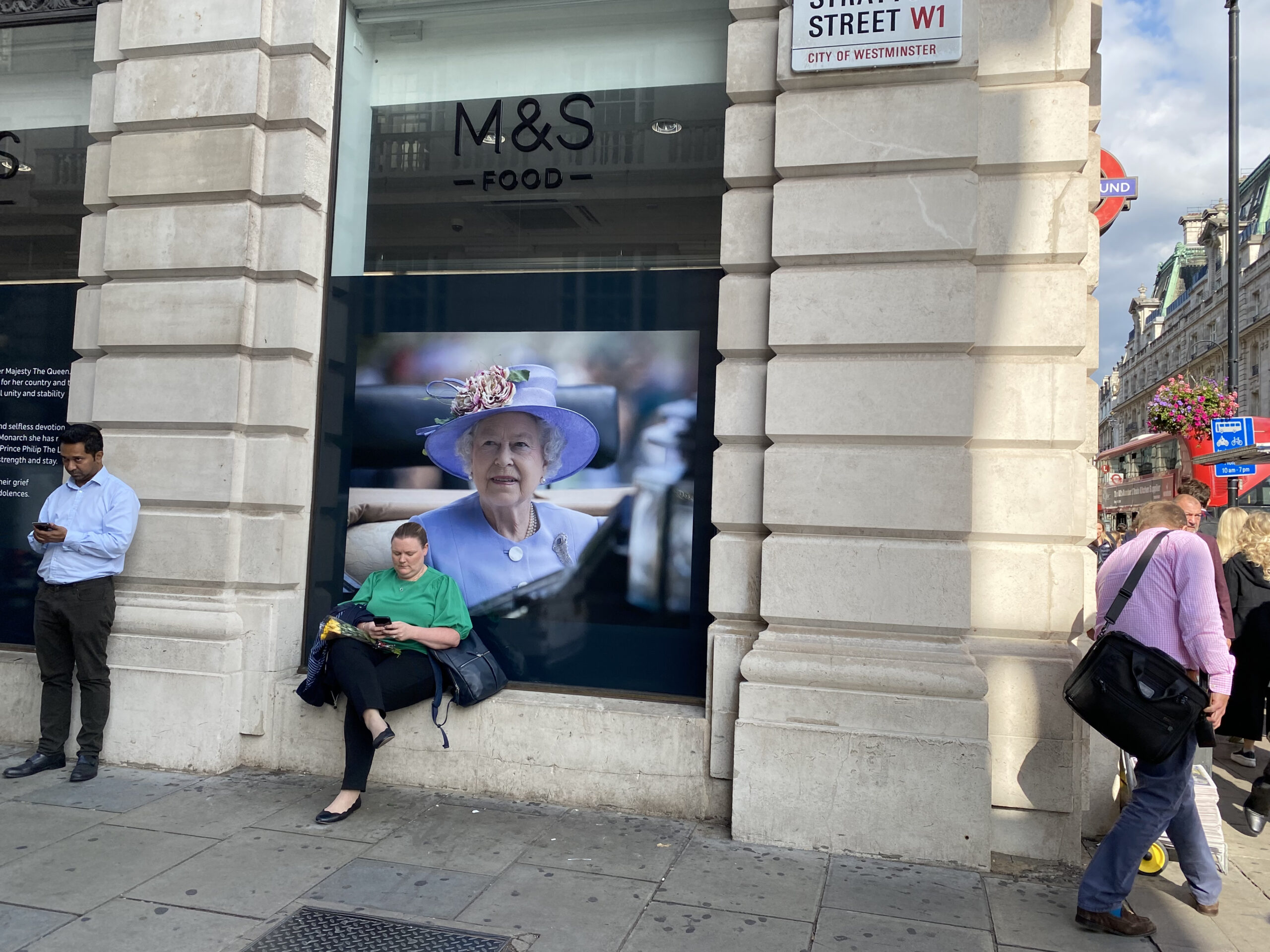 That day, at the antique market, I came across a vintage teddy bear named William. William had two postcards in his arms. The first was from Queen Elizabeth’s wedding, and the other was from her beloved Scottish castle, Balmoral.
Queen Elizabeth died at the castle. 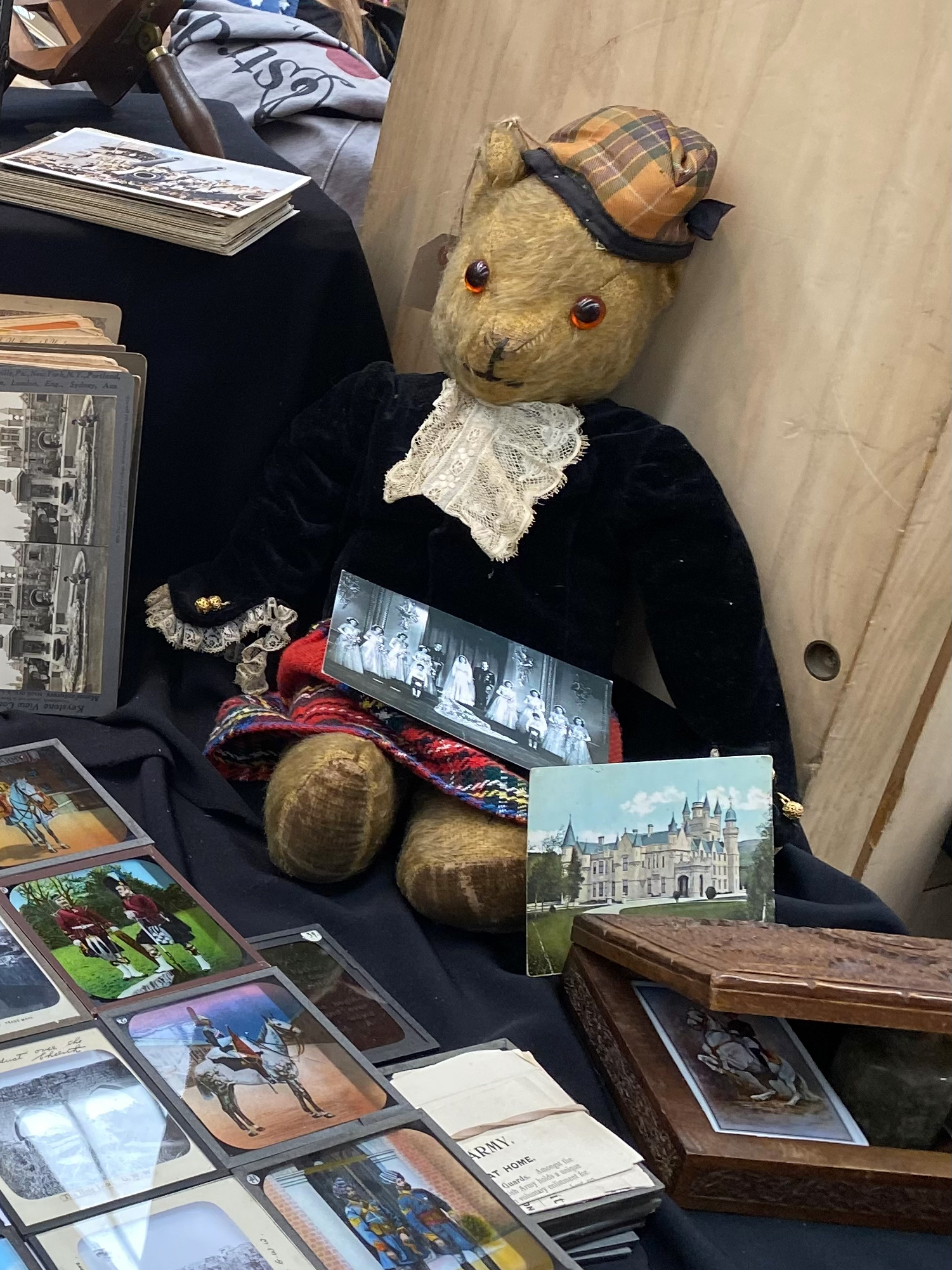