Won’t Yoshitoki make it in time for “Azuma Kagami”?

June 22, 1205 (Genkyu 2). Shigetada Hatakeyama, who was considered a model samurai of Kamakura, was killed at the Futamata River by the shogunate army led by Yoshitoki Hojo.

This battle is described in detail in a historical document called “Azuma Kagami” compiled as the official history of the Shogunate. The Battle of Futamatagawa depicted in the drama “Kamakura-dono no Thirteen” is also dramatized to delve into the relationships and psychology of the characters based on the description in “Azuma Kagami”.

However, a closer reading of Azuma Kagami’s description raises a number of questions. 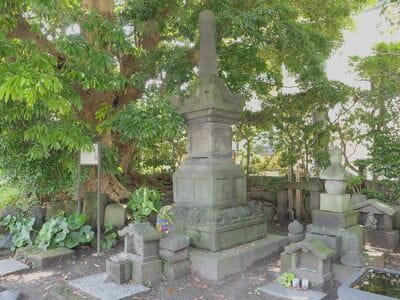 Denhatakeyama Shigeyasu Memorial Pagoda stands next to Kamakura Wakamiya Oji. It is a style called Hokyointo.

For example, according to “Azuma Kagami”, on the morning of June 22, Hojo Tokimasa ordered Yoshimura Miura to kill Shigeyasu Hatakeyama (son of Shigeyasu Shigetada) at Yuigahama Beach. At the same time, the Imperial Palace was prepared and Yoshitoki’s army was sent to attack Shigetada in front of Kamakura, and they met at the Futamata River around noon.

However, it takes time to order Kamakura’s vassals to mobilize and mobilize the army. On the other hand, since the distance from Kamakura to Futamatagawa is about 16 kilometers in a straight line, Yoshitoki had to leave Kamakura early in the morning for the two sides to clash around noon.

In other words, if we acted as described in Azuma Kagami, we wouldn’t be in time. If so, then killing Shigeyasu in Yuigahama and sending in the army should have happened at the same time. It would be better to think that these were planned in advance, and that the preparations and the preparatory work were advanced. It is highly likely that the Battle of Futamatagawa was not an accidental event but was planned in advance.

Next, “Azuma Kagami” specifically describes Shigetada’s group as 134 horsemen. This despite the fact that the number of people who secured the Imperial Palace was written as an approximate number of 400, and the army led by Yoshitoki was vaguely described as “like clouds”. Maybe 400 is a rough estimate, and punitive forces weren’t counted.

Despite this, the fact that Shigetada’s party is recorded as 134 horsemen can only be considered because the number of people actually killed on the battlefield was recorded. On the other hand, nothing is written about prisoners of war. In the battles of that time, there were quite a few soldiers who were injured and unable to move, or who lost their will to fight and were captured.

It is safe to assume that the 134 horsemen of Shigetada and his party were wiped out at the Futamata River.

However, “Azuma Kagami” conveys a conversation between the master and servants of Shigetada who were looking forward to the Battle of Futamatagawa. When they reached Tsurugamine overlooking the Futamata River, Shigetada and others learned that Shigeyasu had been killed and saw a large army from the Kamakura side stationed across the river.

Kamakura Kodo which passes through Tsurugamine.Shigetada must have looked over the Futamata River from here.

Some clan members say, “Because the two sides’ military strength is too different, let’s go back to base and prepare for the enemy.” However, Shigetada is said to have solidified his fighting spirit by saying, “Even if I do this, I will end up like Kagetoki Kajiwara.”

If the party was destroyed, what testimony was this conversation based on? It seems that “Azuma Kagami” is hiding something or writing something that is different from the truth. You can take this as justifying Tokimasa and Yoshitoki’s actions. 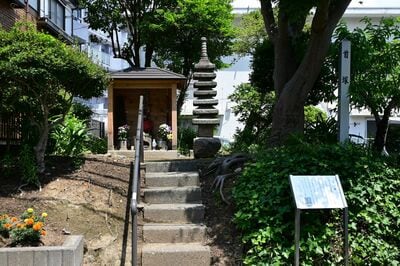 * Currently on sale “historic group“Walking through the old battlefields of Kamakura-dono / The Battle of Futamatagawa” is published in the October issue. If you want to know more about this battle, please click here! (One edition 1080 yen)

A book which added a new manuscript to serialization on JBpress, “”Japanese Castle” which is useful as an education”, has been published. I don’t know much about castles, but I’m a bit curious. I don’t really know where to look and how to look interesting. For those who are interested in castles for the first time and those who want to know more, we will tell you about the pleasure of castles and the pleasure of walking around them.Publisher: JBpress Publisher: Wanibooks