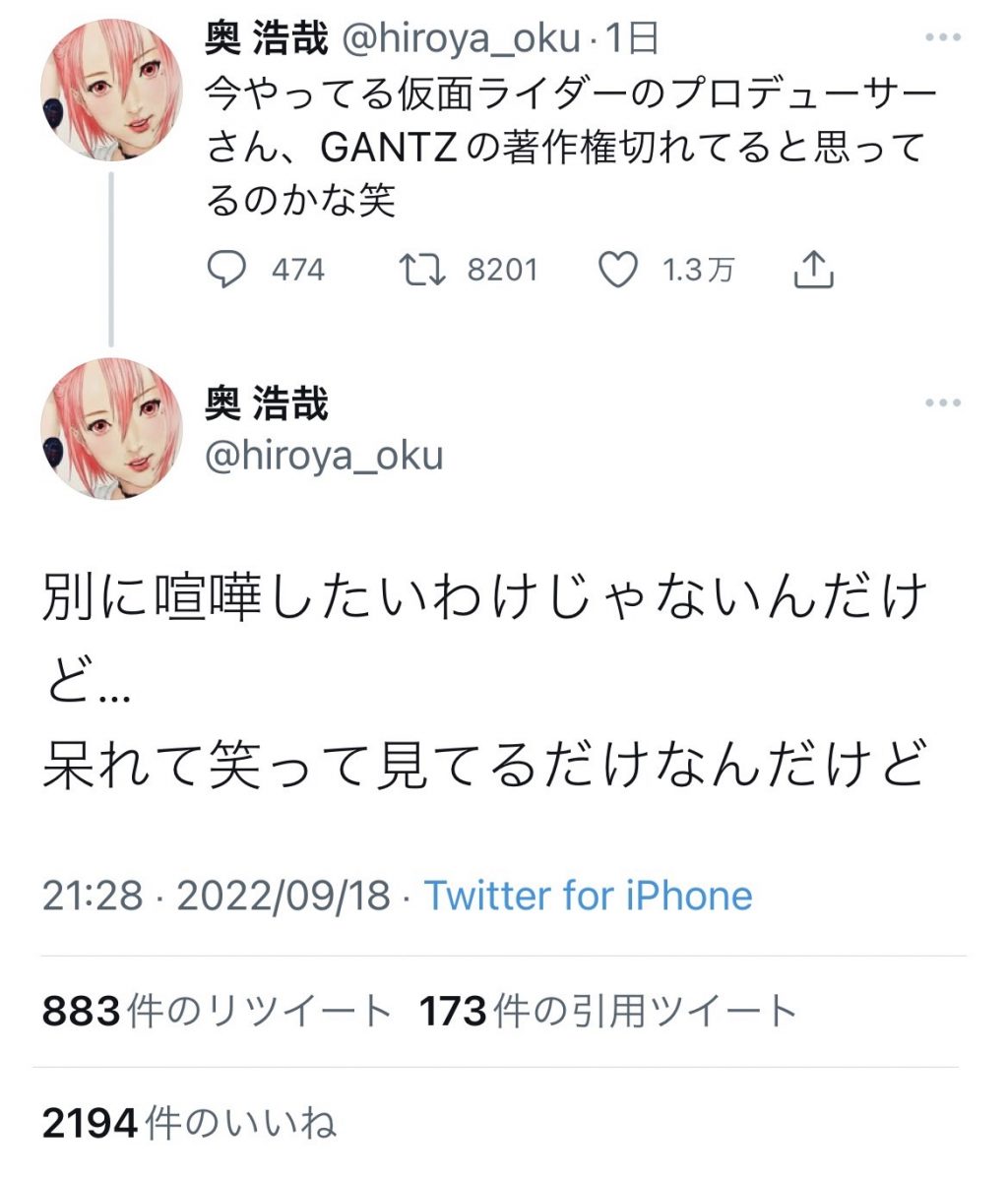 On September 18, Hiroya Oku, a mangaka known for his blockbuster “GANTZ,” which has also been adapted into an anime and a movie, posted on Twitter

I don’t want to fight, but…
I’m dumbfounded and just laughing and watching

I don’t want to fight, but…
I’m dumbfounded and just laughing and watching

continued. There seem to be similarities between “Kamen Rider Geez” and “GANTZ,” which started streaming in September, and it seems he continued to tweet several times after that.
Various opinions have been expressed for and against this. Although there are similarities, isn’t that copyright infringement? Apparently it was controversial.
Also, Mr. Oku tweeted that “GANTZ” came from “Ganbare Robocon’s Gantz-sensei” in the past, and “It looks like what the creator drew, so it’s directly Let’s not say it.”

what the creator drew
On the other hand, if you look like that, it will hurt you considerably, so let’s not say it directly.