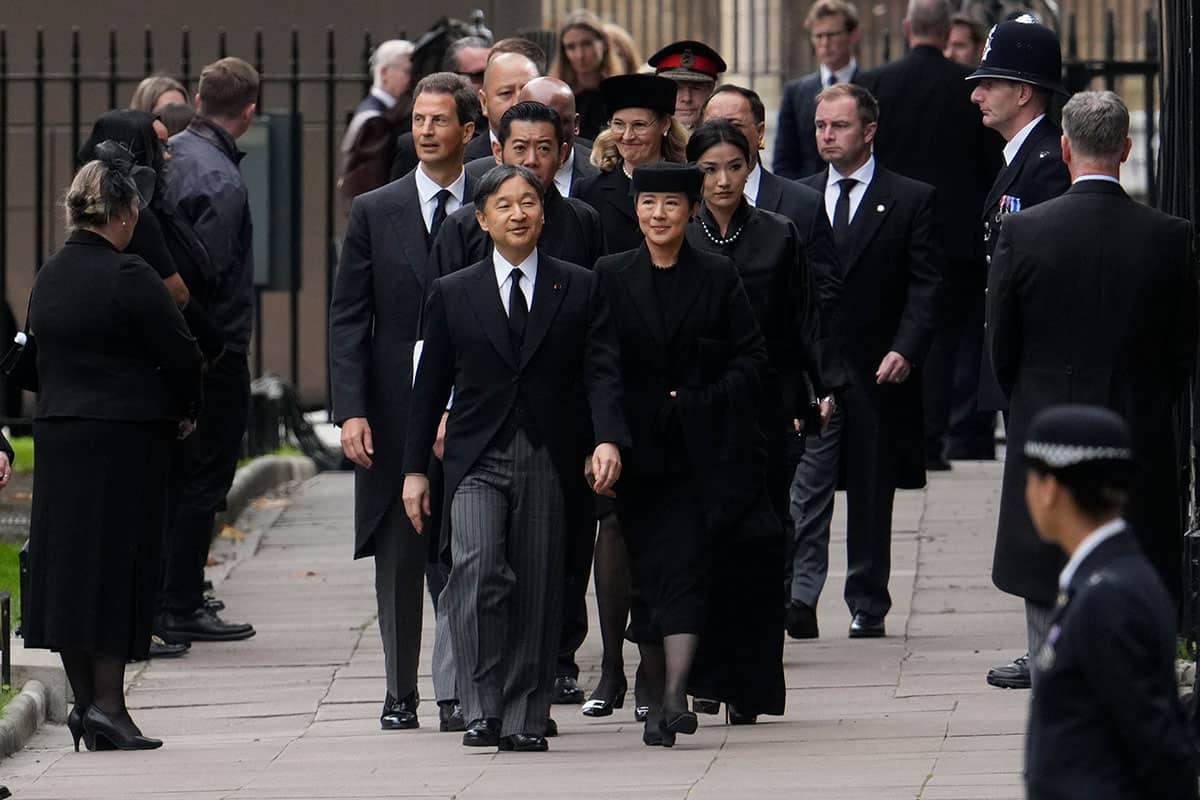 Before 9:00 p.m. on September 19 (early morning 8:00 p.m. Japan time),queen elizabethofstate funeralTheir Majesties the Emperor and Empress, who were visiting Britain to attend the ceremony, departed from Stansted Airport on the outskirts of London on a government plane and were on their way to the return. This was the first foreign visit of Their Majesties since their accession to the throne.

Their Majesties stayed in England for three days from the 17th to the 19th. He attended the Queen’s state funeral held at Westminster Abbey from 11.00am on the 19th and prayed for her rest. Afterwards, they attended a reception hosted by the British Foreign Secretary and were able to deepen their ties with the royal families and heads of state of various countries.

“Her Majesty the 1983-85EnglandWhile studying abroad, I was treated warmly by the Queen as if I was part of the family. Based on this experience, he respected the queen, saw himself as the future emperor, and thought about what the imperial family should be like.

In 2020, after his accession to the throne, he was invited by the Queen as a state guest and was due to travel to the UK with the Empress, but the reunion was not possible. This time I was able to say my last goodbyes with all my heart and express my condolences directly to the new King Charles. I could sense Her Majesty’s desire to continue the deep exchanges with the British Royal Family in the Reiwa era.

The relationship between the Queen and the Imperial Family has continued since the era of Emperor Showa. There is no doubt that the presence of Her Majesty and Princess Masako at a state funeral that puts the prestige of the British royal family on the line is also extremely beneficial for the imperial family. (imperial journalist)

It was a visit to England that made me realize the historical weight of the imperial family.

On the afternoon of September 18, on my way to a reception given by the new King Charles at Buckingham Palace,His Majesty the Emperorwas dressed in black and wore a black mask. A local journalist explains:

“On April 17, 2021, the funeral of His Royal Highness Prince Philip, Duke of Edinburgh, took place at St George’s Chapel, Windsor Castle. He also wore a black mask, and following this precedent, His Majesty the ‘Emperor had to express his heartfelt condolences to the British Royal Family.’

“The UK government has requested that heads of state from each country attending the state funeral ‘share a ride’ on a bus with an escort prepared by the UK side. Indeed, the biggest congestion in history is expected and the acceptance system cannot hold It seems that many Heads of State are urging that they use their own private car, but Their Majesties would be gracious in sharing a ride. )

Japanese people living in London said it reminded them of the strength of their admiration for the Queen.

“The UK is also in turmoil due to the impact of Brexit, the corona crisis and high prices, but the country as a whole is engulfed in sadness over the passing of the Queen. It seems that the feeling of loss was great because it was an existence that could not be lost.

The line of condolences stretched along the Thames from the Houses of Parliament to the end of London Bridge, and I had no idea where it ended.

Portable toilets were installed everywhere and blankets were provided. I was wondering if this was the “London Bridge Operation” planned when the Queen died.

The thoroughness of these ceremonies is probably due to the length of his reign, the greatness of his achievements and the large number of supporters.

Attending the Queen’s state funeral was a “heavy responsibility” that could only be assumed by Their Majesties. Even on the internet, many voices are in awe of Their Majesties.

“Since Her Majesty, who can be said to be a member of the same royal family, visited, at least the British royal family must have thought that the best representative of Japan had come. There must have been many

“After all, given the long-standing relationship with the British Royal Family and Her Majesty’s actions, I think it’s really good for the Japanese people that there is an Imperial Family.”

On the other hand, it is said that he first “considered attending”.Kishida FumioSome even talk about the prime minister.

“I am appalled at what would have happened if Mr. Kishida had left. It was really nice that Their Majesties were able to express their condolences on the spot.』

《As far as I know His Majesty interacts with the top of each country, I wonder if Mr. Kishida can do that.》

Their Majesties will arrive at Haneda Airport in the afternoon of 20 Japan time. We are just waiting for their Majesties, who embody the historic weight of the Imperial Family, to return home safely.