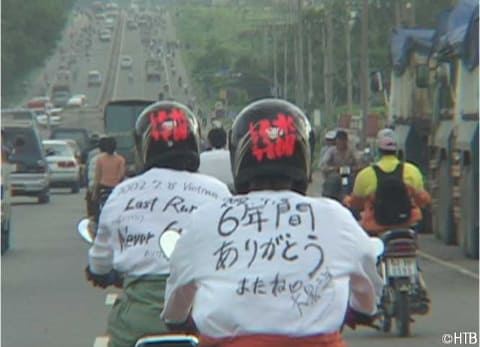 What do you think, the army corps will urgently assemble online
(C)HTB

On September 25, Hokkaido Television Broadcasting (HTB) will launch the online broadcast by the four members of the variety show “What if we Wednesday?” It will be held on the show’s official YouTube channel from around 6:00 p.m.

On Wednesday, September 25, 2002, 6 years of regular broadcasting ended with the one-hour special “Vietnam Namida no Last Run” broadcast locally in Hokkaido. Over the next 20 years, the once-every-few-year single project became a hot topic nationwide, and total DVD sales exceeded 5 million copies. Cars with stickers of the program’s logo pop up here and there, and its popularity shows no signs of abating.

In addition, one of the performers, Mr. Suzui, demonstrated his talent as a creator such as a director and director. Oizumi became a national actor appearing in many dramas and movies. The directors, Fujimura and Ureshino, are still active on the front lines while expanding their range of activities, such as directing dramas, producing and publishing books.

20 years after the last outpouring of tears… And the army’s emergency rally!

[Annonce]And on Sunday, September 25, 2022, the body will be streamed live online!

The four-person group “How About the Body” will urgently reunite online on September 25, the same day as the last regular broadcast. A special project will take place, “Let’s say hello to all the feudal vassals!” Distribution is free, and distribution of archives is also planned.

Additionally, on September 26, the next day, a commemorative T-shirt will be sold to commemorate the 20th anniversary of the show’s end. A collaboration with Lawson Entertainment’s “&L&” live-commerce site has also been made, and the full image of the T-shirt will be revealed in the live-commerce from 7:30 p.m. on the 26th. we will also be selling limited T-shirts which can only be purchased on this live trade.

The 20th anniversary commemorative T-shirt for the end of the regular broadcast on Wednesday will be released on December 14 at a price of 3,850 yen. The reservation period is from September 26 to September 30 for the &L& collaboration limited color, and from 10:00 am on October 1 for the general sale color (black). In addition to &L&, it will be sold at Lawson Loppi nationwide, Loppi recommended (online shopping), HTB online store, etc. In addition, each product is produced in limited quantities and will be discontinued as soon as they are sold out.