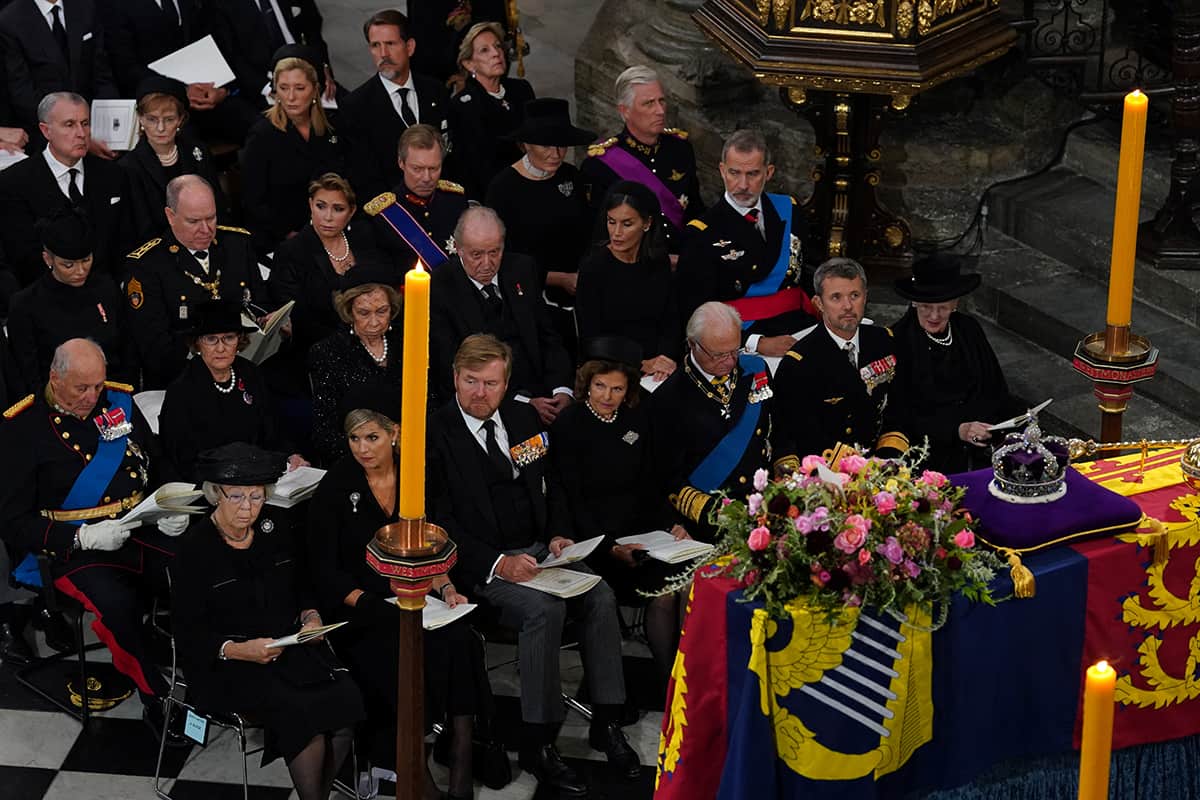 On the night of September 20,queen elizabethofstate funeralTheir Majesties the Emperor and Empress of Japan, who were traveling to England to attend the ceremony, arrived at Tokyo’s Haneda Airport on a white government plane in the rainmaskAfter stepping off the ramp of the government plane, I drove to the nearby VIP room. Mr. and Mrs. Akishino, the British Ambassador to Japan, and Mrs. Julia Longbottom greeted us and exchanged words.

It will be their first foreign visit since their accession to the throne, and the Emperor and Empress will depart on the 17th in a government plane. On the 18th, Emperor Naruhito attended a reception hosted by King Charles and his wife and conveyed his condolences. What caught the eye here was that the emperor wore a black mask. A local journalist explains:

“On April 17, 2021, the funeral of Prince Philip, Duke of Edinburgh, husband of Queen Elizabeth II, took place at St George’s Chapel, Windsor Castle. The Queen also attended the ceremony wearing a black mask, and following this precedent, His Majesty the Emperor had to express his deepest condolences to the British Royal Family.”

More than 2,000 people attended the Queen’s state funeral at Westminster Abbey in London on Wednesday. About 500 people, including leaders from more than 200 countries and regions around the world, attended. The Emperor wore a morning suit and Princess Masako wore a black day dress. At that time, he came without a mask in accordance with the British “maskless” custom.

What is worrying here is that it will be held at Nippon Budokan on September 27,Shinzo AbeState funeral of the former prime minister Around 6,000 people are expected, including around 700 people from more than 190 overseas delegations. I wonder if they will ask foreign dignitaries to wear masks.

“Details are being coordinated, but either way we want to take the appropriate action and take all possible steps to prevent infection.”

international political scientistYoichi MasuzooOn September 20, he wrote on his Twitter:

“The pandemic is over,” President Biden said. Such is the atmosphere of the world. No one wore a mask at Queen Elizabeth’s state funeral. What about former Prime Minister Abe’s state funeral a week later? Will foreign guests also have to wear masks? The difference between Japan and the UK will be noticeable not only in state funerals, but also in the fight against coronavirus.