GLAY celebrated its 35th anniversary this year. As many people know, they never took a break and continued to be at the forefront of the music scene, updating their sounds and messages.

They release their 60th single “Only One, Only You”. This single contains a total of 4 songs written and composed by TAKURO (G), reflecting the modern world and their own fashion. Although the vector is different, the musicality and the true feelings that GLAY wants to express now are engraved.

Music Natalie interviewed JIRO (B) to commemorate the release of this work. We asked him about his position as a player, episodes related to recording new songs and his vision for the future.

It’s interesting to play “HOWEVER” now

──First of all, I would like to hear about the fan club tour that took place in July (see: Declaration of the festival in 2024! GLAY, rare songs and new songs on the 25th anniversary fan club tour). Now, a month after the end, how do you look back? (Interview carried out at the end of August)

It was fun to play purely. Until now, I was aware of various things other than playing bass, like how to shorten the distance with the fans, but even before the tour started, I was addicted to playing bass. Then I went on stage thinking that maybe it would be a good idea to show this pleasure and fulfillment.

──It was a goal of this tour to show the past songs with the current sound, but from this point of view, are there any songs that have marked you, JIRO-san?

TERU’s “Tsuki no Yoru ni” is a relatively slow-paced song, and when I recorded it, I was like, “Is this rendition okay?” while playing bass. But lately I’ve been into black music and disco music, and I’ve been trying to figure out how to do a 16 beat groove. I found that the way I pulled out the groove and Tsuki no Yoru ni went well together, so I tried to incorporate that. However, when it came time to demonstrate it, it was quite difficult. It was fun trying it out at rehearsal, listening to the sound source when I got home, and making corrections for the next rehearsal. Little by little I was able to appropriate the groove. 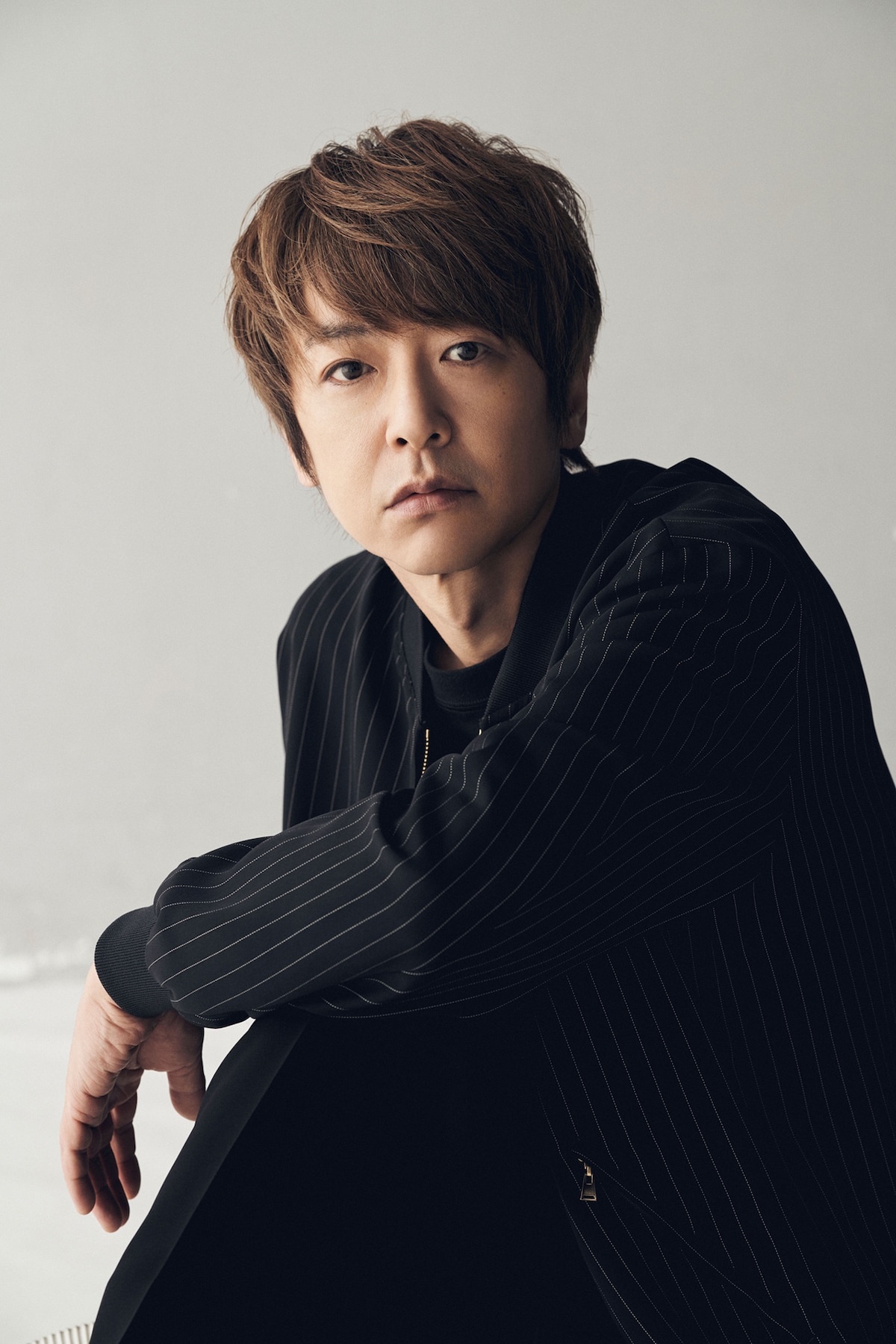 ──Were you able to add any new shades?

I agree. I also practiced “HOWEVER” because I thought finger picking would give me the ideal sound, so I tried it, but the nuances of playing with a pick were lost. So when I reused the pick, I could feel the song’s 16-beat groove more sensitively. That’s why it’s interesting to come here and play “HOWEVER”! (Laughs)

──I’ve played it hundreds of times!

Really (laughs). My awareness of bass has changed a lot from before. Most of GLAY’s songs are in 8 beats, so that doesn’t even reflect 10% of what I’m doing right now (laughs). But I think it’s important that I try to open a new door as a player.

──The human experimentation you talked about in the interview a year ago is still going on. I heard that the tour set list was a collection of songs that the members wanted to perform.

I agree. Since it’s a fan club performance, we can ask for requests, but I don’t really like this format. I don’t like all the requests because I don’t like it when people think “That’s not the GLAY I know”. However, there may be people who say, “I wanted to listen to this song more than this one, but if the members of GLAY chose it, let’s compromise on that.” Then I added new songs and standard songs and adjusted the arrangement. .

“Yuruginai Monotachi” has been a favorite song for a long time. I wanted to include it in the setlist if there was a chance, but I didn’t have the right timing. I haven’t done much since touring the album “ONE LOVE”, which was released at the same time as “UNITY ROOTS & FAMILY, AWAY” (the 7th album released in September 2002), in which ” Yuruginai Monotachi” was recorded. So I definitely want to put it on. “My private ‘jealousy'” is an intuition. In fact, “Apologize” and “JUSTICE[from]GUILTY” were also listed, but when I put the setlist together, there was a BPM overlap, so I cut it based on that. 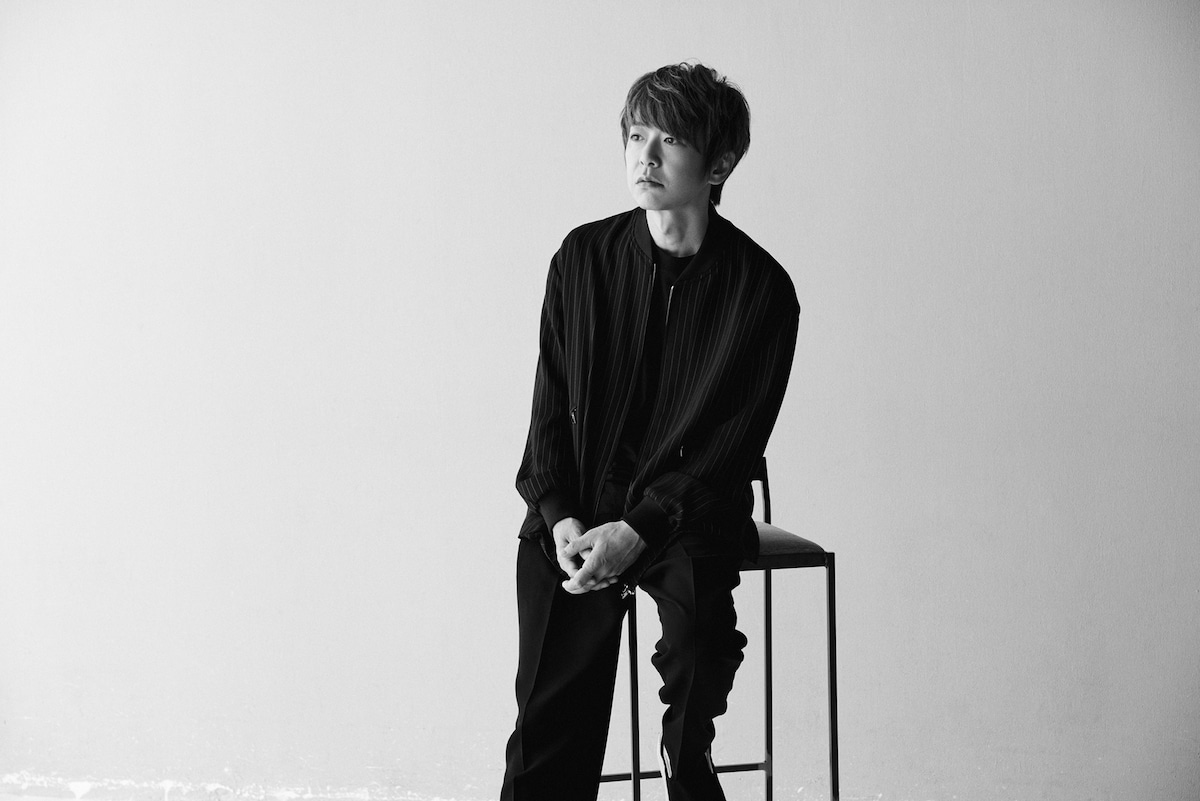 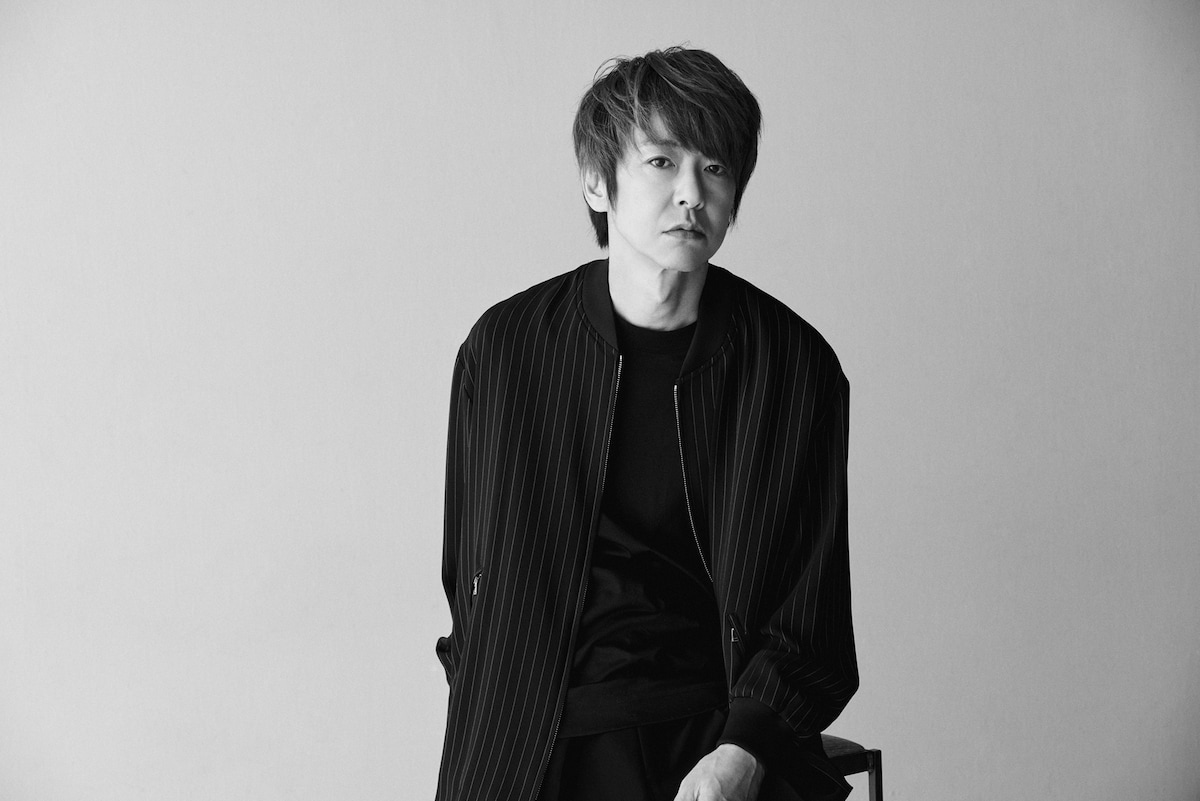 ──It seems like it would be difficult to decide the concept and theme if each member brings their own favorite songs.

When I looked at everyone’s candidate songs, there were songs that wouldn’t be selected on a normal tour, and I thought that would be pretty manic content. It would be nice if it was just for fan club customers, but this time the tickets were sold out to the general public, so TAKURO chose “HOWEVER” and I put “Peak Endless Seoul Endless.” In addition to that, overall, we want people who have attended GLAY’s live performances many times to enjoy it by saying, “Is that song here! Hey, the next song is also serious !?” I thought about it.

──It was forbidden to speak, but I saw how surprised the fans were when the intro sounded. Speaking of fan club performances, there was also a corner titled “Which side are you on? Different questions cropped up for each performance, and it was interesting to visualize the different opinions of the fans. During Makuhari’s performance on the last day, HISASHI presented two options: ‘GLAY will appear at the festival’ and ‘GLAY will perform at the festival’. It was impressive that there was an overwhelming majority of opinions on the latter.

You have changed. After participating in FM802’s “RADIO CRAZY”, “VISUAL JAPAN SUMMIT” and “LUNATIC FEST”. If it looks interesting, I’ll go out. I think I have become more flexible than before. It was canceled due to Corona’s influence, but there was talk of appearing as GLAY at the “RISING SUN ROCK FESTIVAL”.

──Is that right? So how about doing a festival as a band?

It’s about who’s in charge, what kind of artists get together, and how to get there.

──In that case, is HISASHI-san the first to take responsibility? The precise date of 2024 has been clearly indicated.

I said I would, so I guess I will (laughs). If any member of GLAY wants to do something, all we can do is follow their words with all our might. 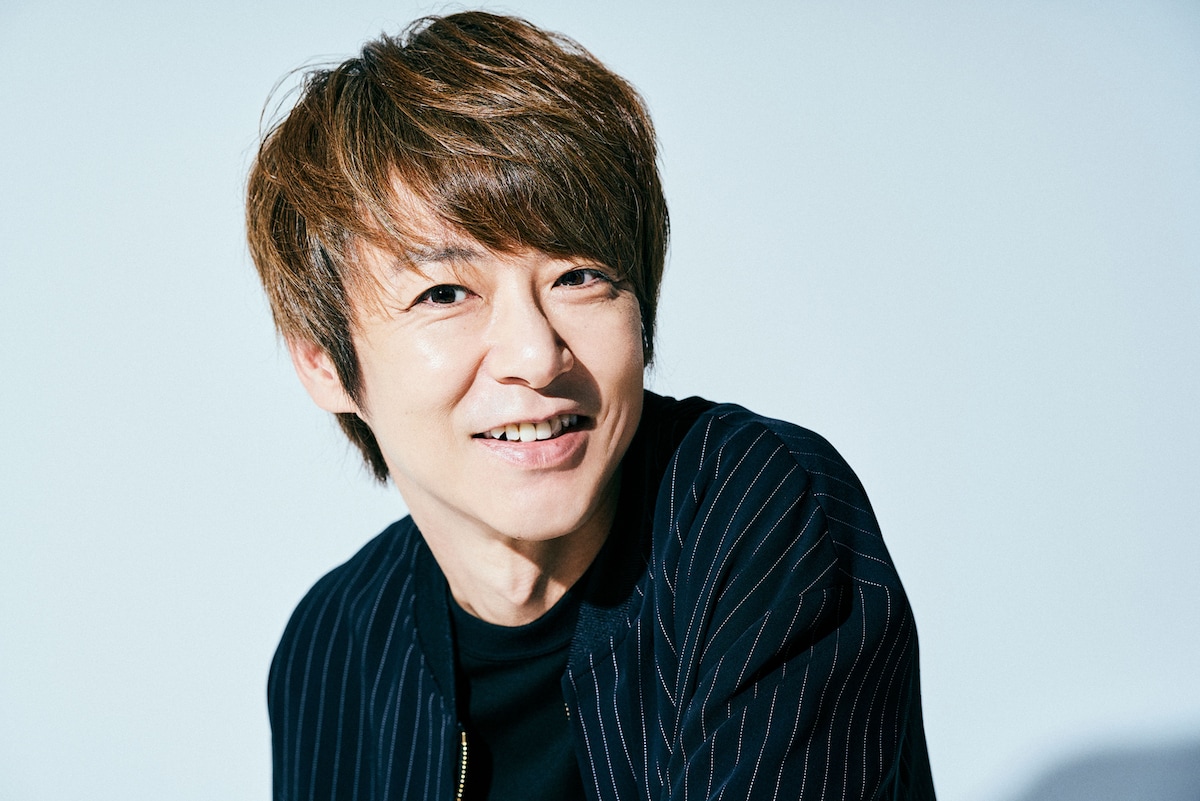 “Chrome Noir” inheriting from “Into the Wild”

──Next, let’s talk about the new single. The two titles “Only One, Only You” and “Chrome Noir” have a slow tempo, but the sound approach is heavy and contains a serious message. Both songs are written by TAKURO.

I listened to “Only One, Only You” after the demo was done to some extent, and thought the rhythm of “Dottan, dodotan” leading up to the chorus sounded like western music. A lot of R&B songs I’ve been listening to lately have the same chord progression from verse A to the chorus, but the melody is different. I think it’s close to that. I don’t think you have to be aware of popular music to put a war message on this kind of sound.

──TAKURO-san, you say you want to be a journalist when you make music, and you want to reflect the present. Was the recording smooth?

No, when the recording was done and we were doing the mixing work, TAKURO said, “I want to make the sound heavier.” This song has a beat, so the only way to bring out the bass TAKURO is thinking of is to re-record the bass. So I took down the mix job once and replayed only the bass. Until now, I think we would have reconciled and ended up with the sound that already existed, but TAKURO’s commitment was something I had never experienced before. 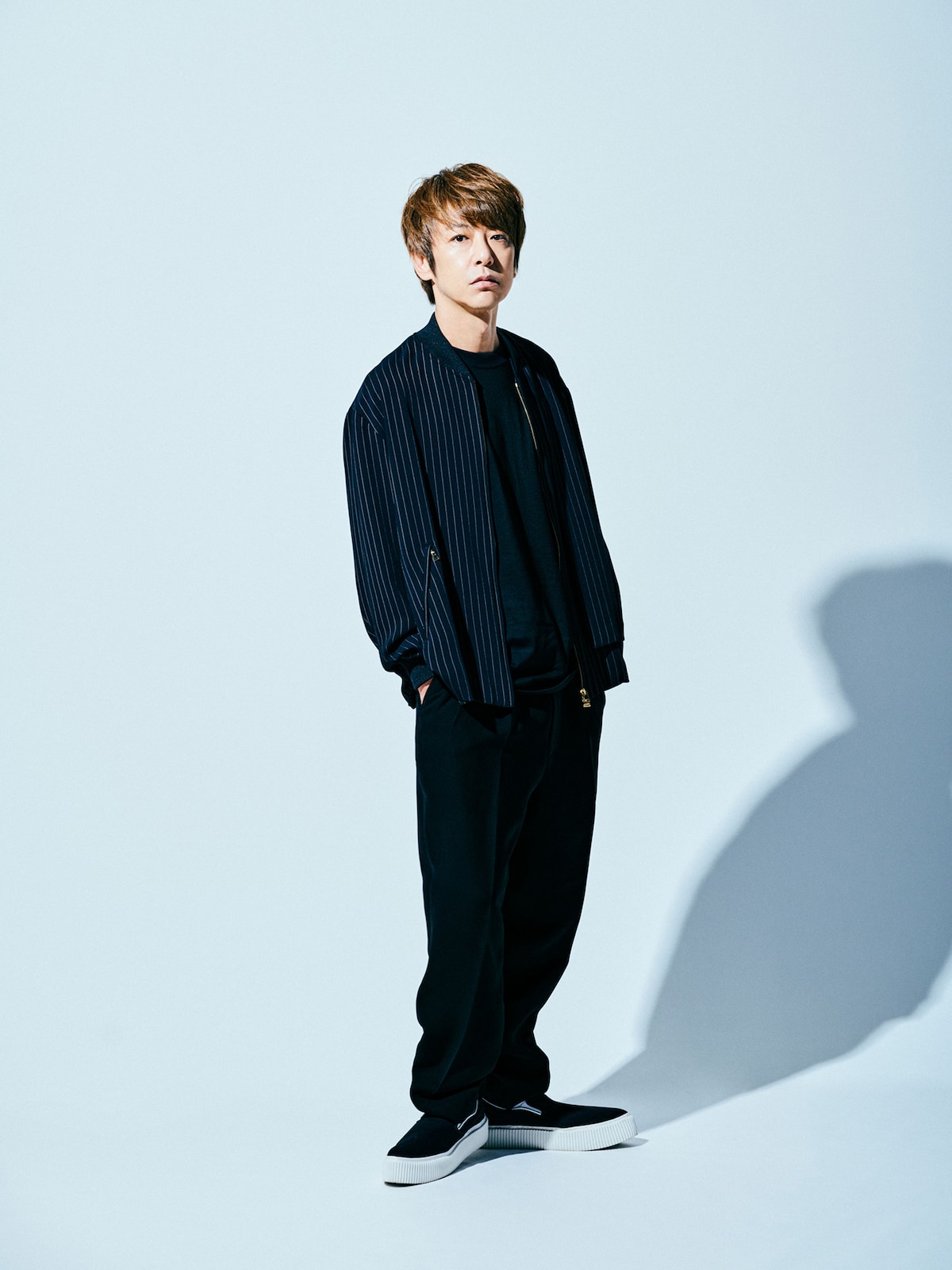 ──It may be the result of that thought, but I feel like the nuances of the finger picking that JIRO-san has been trying since the corona crisis is alive with the bass’ heavy yet round and rich tone. And when it comes to sturdiness, “Chrome Noir” received a heavier impression.

TAKURO said, “I want to go really strong” and asked Mr. Kameda to fix it. It’s like an enka ballad or a movie soundtrack like “The Godfather” (laughs). It seems that kind of heavy tone is inherited from “Into the Wild”.

──When “Into the Wild” was first released, the song’s development and sound image, which deviated from the usual GLAY-ness, attracted attention. It is now an indicator and the trigger for the creation of new songs.

I agree. This song has extremely little rhythm, so the bass stands out. That’s why I was so nervous live, but it had a good effect.