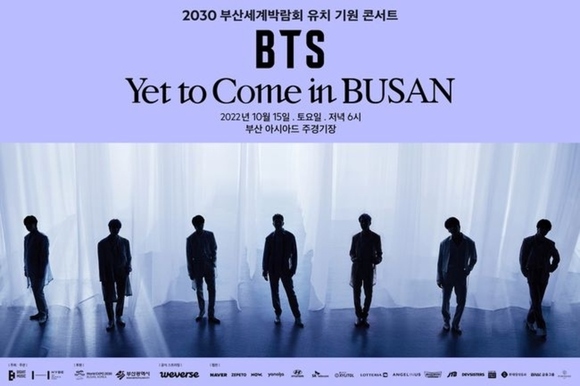 In a statement, HYBE said, “HYBE and BTS have focused on worthwhile results rather than the costs of participating in national events, and we are proud to contribute to the country.” He also called for the interest and support of the Korean public, saying, “HYBE and BTS will help spread the word about Busan Expo 2030 to the world, and through BTS’s Busan concert, we will make Busan a better place. where the world will pay attention. “ 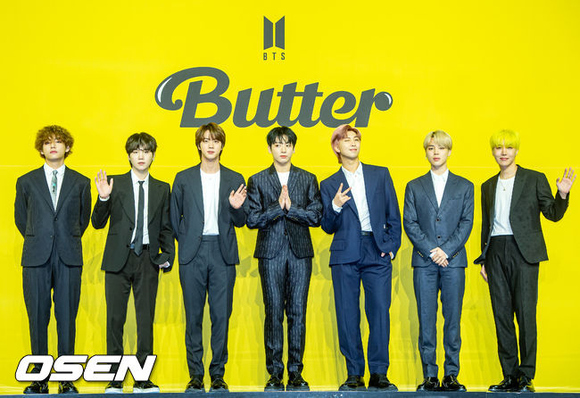 I would like to inform you about the BTS concert in Busan.

Hello, this is HYBE.

First of all, regarding media requests for necessary expenses related to this Busan concert, we expect to incur a considerable amount of expenses, and we will allocate a large part of the expenses to corporate sponsorship, streaming online advertisements and incidental expenses. business of THE CITY project. So I specify. In addition, we have also informed you that we have decided to bear the loss of earnings which cannot be covered by this method of securing financial resources. BTS will also appear at this concert without a separate appearance fee, and it will be done in such a way that the artist’s idea of ​​wanting to perform for many fans for free will come true.

HYBE and BTS focused on optimizing resources by participating in national events.

Our company and BTS have long participated in national events, large and small. I participated with the intention of contributing to the country and to society, and I did not prioritize the issue of cost. We understand that the cost of events is not fully covered by government resources. We have always approached government support with caution, because government support comes from taxpayers.

The expenses associated with this Busan concert are the same. The government, local governments and bid committee are doing their best to support this concert, not only by providing the concert hall, but also by investing financial resources in the limited budget. Moreover, we do not believe that the resources of the government, local governments and companies striving to host the 2030 Busan World Expo should be invested or exhausted on a large scale for the Busan concert.

If BTS had previously considered cost as the most important factor in attending domestic events, it would have been difficult to produce so many results at major events for Korea and for the world. We focused on the process to produce high-level results at the events BTS participated in, and we thought it made sense because we were happy with the results we achieved with BTS.

However, there is one thing we cannot give up. This is the standard of the stage on which BTS stands. The best artists in the world cannot compromise the level of the stage just because they participate in a national event. This Busan concert is no different. We will do our best to ensure high standards at various events, including the Busan Asiad stage where BTS is held, and we will only focus on delivering the best results. We and BTS aim to create the great concerts we expect and create the value we expect by hosting the 2030 Busan World Expo.

HYBE and BTS are proud to serve their country.

Every year, BTS receives requests not only from Korea, but also from countries and organizations around the world to participate in their own events. In order to fulfill the original role of an artist, most of these demands cannot be met, but when there is a truly important and significant event at the national or global level, BTS contributes with active participation. I worked hard to achieve this, and I am proud to have achieved significant results.

Among them, we thought that being able to participate and contribute to major events for Korea is an important opportunity for BTS and our company. Indeed, BTS, which has become a global super IP, and HYBE, which has become a company with major bases in three countries, originated from South Korea. BTS and HYBE believe that it is a pride for the Korean people to dedicate our efforts to the good of Korea, the world, and Korea’s contribution to the world.

HYBE and BTS would like to contribute to the bid for the 2030 Busan World Expo.

The 2030 Busan World Expo will bring tens of trillion won (about several trillion yen) to the economy of Busan and South Korea, making it bigger than the World Cup as an event. unique. The World’s Fair was also the first time that gramophones and television sets, which were the foundations of popular music, were introduced into human society. I wonder why it is important for South Korea to host the Busan World Expo in 2030, because it is a place that encompasses the inventions and new technologies that make up modern civilization, and why we must make efforts to welcome him. it is necessary.

Moreover, South Korea would be an “underdog” in the 2030 Busan World Expo Bid Competition. South Korea has a long history of overcoming inferiority and achieving excellent results, and BTS is an example of such a story of overcoming and growth. I thought everyone should pull together to show a cool turnaround for the 2030 Busan World Expo bid, and BTS and our company decided to help out.

HYBE and BTS would like to make Busan a place the world will pay attention to through their concerts.

I believe that more than 60,000 fans and people involved in the 2030 World Expo will gather from many countries including South Korea at the Asian Games in Busan, concerts and offline events held around Busan. Additionally, more than 150 times as many people visiting Busan will see the concert broadcast live around the world. This means that over 10 million fans and relatives see and feel Busan.

During this short period, many people focused on the Busan concert, and at the same time, they came to see Busan as a candidate site to host the 2030 World Expo. Shouldn’t they be potential supporters of the 2030 World Expo? For the rest of the period, if we carefully prepare for Busan to be widely known through this grand hall, the Busan concert will contribute to the bid for the 2030 Busan World Expo, and BTS and our society will be proud of it. alone. do.

There are less than four weeks until the Busan concert. Together with BTS, we are trying to contribute to the bid for the 2030 Busan World Expo. There may be big and small obstacles in the process, but we and BTS will do our best until the end to make the concert of Busan be a stepping stone to mark a turning point for the 2030 Busan World Expo. I would be grateful if you could send your interest and support to the Japanese people.