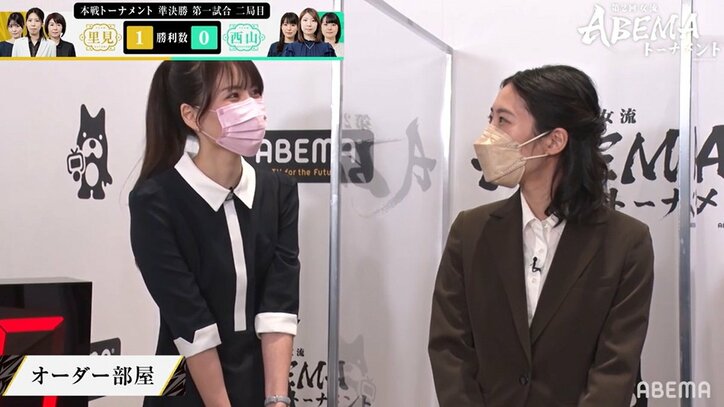 Shogi Kana Satomi Female Five Crown (30) challenged for the 2nd round of the Shogi Player Transfer Examination on September 22 at “Shogi Kaikan” in Shibuya-ku, Tokyo. In the first station, he lost to Tokuda Kenshi 4th Dan (24) and started out as a black star. Aiming for 3 wins in the remaining 4 races, in the second round he will fight against Leo Okabe 4th Dan (23 years old) as an examiner. Saki Kawamata (26), a real sister and shogi player, talked about the real face of Satomi Women’s Five Crowns, who will be the first shogi player in history to stand on the stage of a historic challenge.

Kawamata Women’s 1st Dan made her professional debut in April 2016 as a female 2nd year. In the first round of the Mynavi Women’s Open in September 2021, she faced her older sister, Satomi Women’s Five Crowns, and drew a lot of attention as the first sister-sister showdown in the history of women’s official competitions. Known as the best sisters in the world of shogi, at the 2nd ABEMA Women’s Tournament held last fall, the Satomi Women’s Five Crowns named Kawamata Women’s 1st Dan as a member of their team. After winning and returning to the waiting room, the five crowns of Satomi women gently popped her sister’s head and welcomed her. They announced their marriage in March this year. Since then, he has been active under the surname “Kawamata”.

Before marrying Kawamata Women’s 1st Dan, the sisters lived together in Osaka for several years. Regarding his relationship with his older sister, he says, “We are ‘unusually’ close (laughs),” and the distance is like that of a friend.

“When my sister was in the cheering society, we weren’t allowed to touch the shogi part, so we didn’t talk often before. , I like to be alone, so I didn’t go there often.

Since I moved to Osaka, my sister worries about me a lot, and since she said, “Let’s live together”, we have had more opportunities to see each other. From then on, even though we lived together, we went out to eat and hang out together, so we got really close. Even now, I still get calls from my sister, which surprises me (laughs).

Satomi Women’s Five Crowns won the 49th most women’s titles in history and also challenged the promotion reunion to become a shogi player. In May 2011, he joined the 1st year of the Société d’Encouragement. In January of the following year, she became the first woman to be promoted to 1st dan at the pep meeting. In April 2014, she competed in the 3-dan league, but was hit with poor physical condition as Satomi Women’s Five Crown. After taking a break, he participated in the 5th term, but he did not reach the professional level and was retired due to age restrictions in March 2018.

“When I was in the cheering society, I really only thought about shogi. Of course, it must have been difficult after the failure, but when I was in the 3rd dan league, I looked like a person different from what I am now. I didn’t feel much during the break, but I would say that I am still registered. There was a person who said: “Are you okay?”

Over the past few years, I think my sister’s appearance has changed, but her atmosphere has softened. After a while I got used to it, so I tried different things. I don’t know if he thought he needed to change or wanted to change, but he seems to be enjoying his life now.

Sure, I do my best at shogi, but I don’t feel like shogi is everything anymore, so I think I incorporate other things while playing shogi. While having fun and changing mood. I’m having the most fun right now.” 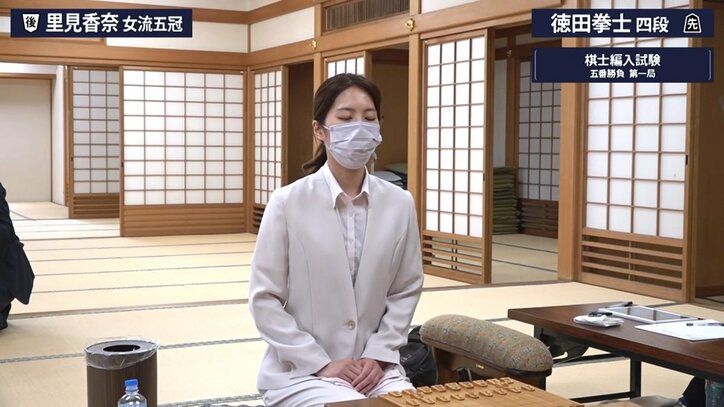 With an expression as if it were me, a relieved smile spilled out. If you have a sense of distance like a friend, the conversation will be about work, everyday life, and of course “love stories”.

“When we started living together, we talked about everything. Even if I didn’t say anything, he said, ‘Something happened’, so I thought I was really an Esper (laughs).

Do you want to live in this region after marriage? Have you seen this property? It’s like a story, what would you do if you were an older sister? I wondered what was going to change, and we talked about everything like we were really friends.”

It was days before the first round of the transfer review, which would be the biggest event for Satomi’s five women’s crowns. Kawamata Women’s 1st Dan cut her long hair into a short bob and transformed. The reason is hair donation. Successfully completed a long “mission” that lasted three years, “Even in the live commentary it was written that it was ‘too long’. I thought so myself (laughs). I made some my best,” he said with a smirk. .

“I met him about two days after I cut my hair, and my sister laughed at me. When I was in elementary school, my hair was about that long, but since then, I always had long hair. (laughs) to pick him up at the nearest train station by car, but even though I was driving, he kept hitting me on the head, and even though I told him to stop, I wondered if it was fun and he kept doing it. 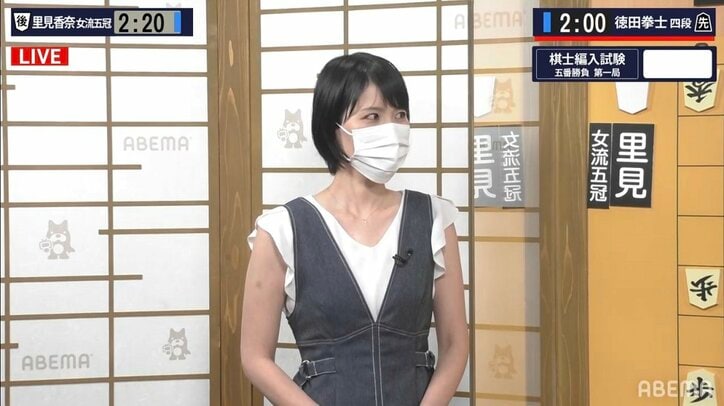 Since the 1st round of the admission test about a month ago, the 2nd round is fast approaching. Meanwhile, the Satomi Women’s Five Crowns flew across the country in numerous official matches and women’s title matches, completing a dizzying schedule. She says, “I don’t usually know about my sister’s game day,” but this big game has a special feel for Kawamata Women’s Shodan.

“It’s not like I want you to become a pro no matter what. There’s no doubt that I decided to take on the challenge, so I’m watching after learning all this…

I think everyone thinks the best thing is to win and go through, but from my point of view, if my sister is happy with the result, that’s fine. Even though it doesn’t work, I’m glad I took it if I could show off my strength and my sister ended up feeling refreshed.

I’m nervous because I think it will be a completely different number one than before, because I’m going to challenge myself to be a professional, which is what I’ve been aiming for since I entered the pep meeting. After reflexion…”

The second attention station is scheduled to begin at 10:00 a.m. on September 22 at the Shogi Kaikan in Tokyo. The examiner is Leo Okabe, 4th Dan.